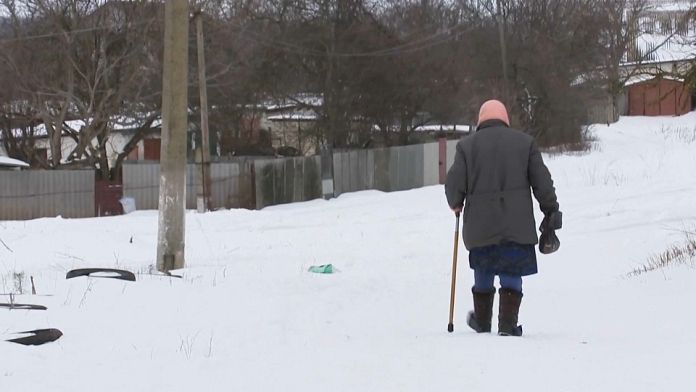 There is a certain tranquility in the Ukrainian village of Strileca at the beginning of February, and yet the locality is located not far from the Russian border, in the oblast of Kharkiv.

“Right there, behind this fence, where this piece of land has been cultivated, there is the border“, says a villager in Russian, beret on his head to protect himself from the cold.

“They say Russia will attack us. But we live near Russia, and no one is going to attack us here” he said, assuring that there is a will to “agitate people“.

It is “incomprehensible” he laments, stressing that in normal times, the crossings are normally made on both sides of the border.

In Strileca, everyone has friends or family in Russia. Moscow’s influence there is such that it can be felt on the village television sets.

“Ukrainian channels are not available here. On TV the Russians say they won’t attack, and I believe them“says a villager, just in his thirties.

Of course, it has not escaped anyone that military forces have been deployed by Moscow, but here we are convinced that the status quo will continue.

“We just need stability and peace, that the children can go to school, to the playground, and that there is a store with bread, meat and cereals asks a man interrogated from his window. “There will be no war. They are inventions” he storms.

Nicolas Maduro: “Venezuela is with Putin, he is with Russia!”

Five days of war in Ukraine in pictures