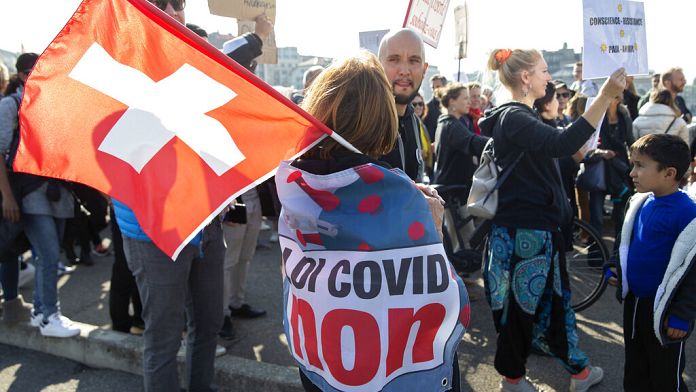 When neighboring countries are stepping up their sanitary measures, the Swiss are voting this Sunday on the future of the covid-19 law drawn up last March. At the heart of the system: the health pass. The Swiss are the first in the world to be able to decide at the ballot box about the future of this sesame controversial.

In June, the people had already accepted 60.2% of a first draft of the text but at the time the health pass was not yet generalized.

For some professionals, today’s vote is decisive because it concerns other parts of the law such as government aid. If the no wins, certain sectors such as catering could lose this aid.

An essential tool in the fight against the pandemic for its supporters or an obstacle to freedom for its detractors. P **ro and anti-pass are tearing each other apart in Switzerland ** and each camp is trying to convince public opinion. The authorities fear further demonstrations during the day. An unusual crystallization of tensions which had the effect of an electric shock in Switzerland. Only 65% ​​of the population received all doses of the vaccine. It is one of the lowest rates in Europe. According to polls and despite the mobilization of anti-vax and anti-pass in recent weeks, the population should accept the law.

The Swiss are also voting on a popular initiative on nursing care which calls on the Confederation to guarantee “appropriate remuneration for care services”.