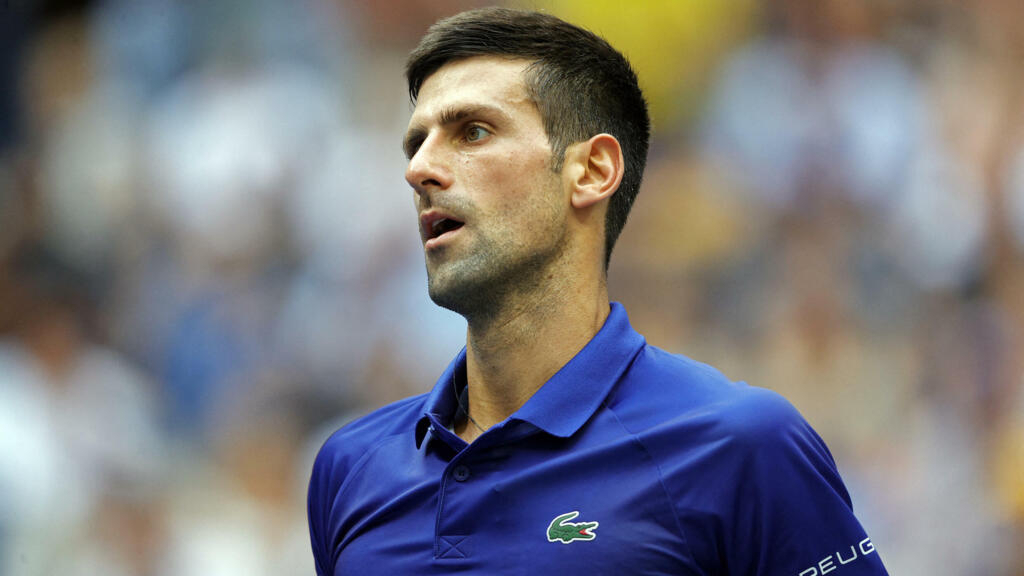 The world of professional sports is not immune to vaccino-skeptics. While team sports seem better equipped to combat mistrust of Covid-19 vaccines, champions of individual disciplines do not hesitate to speak openly about their reluctance. Tennis seems particularly affected.

Sport is often a reflection of the debates that run through society. And while a segment of the world’s population is beware of Covid-19 vaccines, some athletes do the same. A reluctance often more prominent in individual disciplines, such as tennis. In the face of this mistrust, other athletes, although vaccinated, are reluctant to promote vaccination.

Often traveling, in regular contact with unknown people, professional athletes are a prime target for the spread of Covid-19. On paper, vaccination is the perfect solution for a return to normal, after the total paralysis of the world of sport at the beginning of the pandemic and its unblocking thanks to binding health protocols. However, athletes are much more reserved.

“The high-level sportsman is a fragile being. His body is something that he must control, master. He must be attentive to it. In fact, anything that will question or disturb him in his training is going to be a sensitive subject. He constantly questions himself about the best way to overcome a physical or psychological failure, multiplying the contacts with medical ‘specialists’, notes Patrick Mignon, sports sociologist, retired after several years working at the National Institute of sport, expertise and performance (INSEP), interviewed by France 24. “These factors, combined with the debate about the vaccine, mean that we have to deal with a population that may be more reluctant to vaccinate.”

The Greek Stefanos Tsitsipas, world number 3, has thus hit the headlines before the US Open tennis. He said that he refused to be vaccinated :” For me, the vaccine has not been tested enough, it has adverse effects, ” he explained. “I see no reason to vaccinate someone in my age range. For young people, it is good in my opinion to overcome this virus to build immunity.”

Tsitsipas : “The vaccine has not been tested enough. It has caused side effects in some people. For us young people, I think it is good to transmit the virus, because we will strengthen immunity. I don’t see it as something wrong.” 🦠

In the tennis ranks, he is not alone in this niche. Novak Djokovic himself has never hidden his reluctance to the vaccine and hopes that it will not become mandatory to play tournaments. Among women, Elina Svitolina and Aryna Sabalenka also expressed their hesitations.

“I want to restart the discussion, ” she explained in a press conference on Wednesday, September 1, after qualifying for the 3rd round. In my opinion, it is inevitable that it will be made mandatory at some point, as other sports leagues do. I don’t see the point in delaying this, because we all want to be safe, we all want to keep doing our jobs.”

The circuit remains divided and has one of the lowest vaccination rates in the professional world : just over 50% for the ATP, around 50% for the WTA.

Sociologist Patrick Mignon notes, however, that it is necessary to differentiate situations between team sports and individual disciplines : “Tennis players are self-entrepreneurs, while football or basketball players belong to a company. They are employees of a team or club,” he explains. “There is therefore a major difference : the existence of a framework capable of constraining the speech of athletes. The tennis player represents only himself if he has to deal with the will of the federations and organizers.”

In this typology, the researcher also distinguishes a third voice : individual disciplines where the weight of the federation is strong, like athletics and judo, for individual courses that “find themselves in a little bit the same situation as team sports”.

Collective disciplines are thus better immune to widespread mistrust. Ligue 1, like France, has record vaccination rates: more than 90 % of players at PSG, 100% at OM which has even launched a campaign of “stories” to encourage its fans to vaccinate… In the NFL, 93 % of players are vaccinated, 95% in MLS and 90% in the NBA in the United States.

It must be said that these leagues have adopted binding approaches. The NBA announced that it would follow local vaccination regulations. As a result, unvaccinated players from New York and Golden State (California) can no longer play at home. Referees, on the other hand, must be vaccinated.

The NFL has enacted an even tougher regulation to force championship antivaxes to receive the sting: any club that cannot field a team because of the coronavirus will have lost game; each team member will lose a week’s salary and performance bonuses, while unvaccinated members will face an additional $ 14,000 fine.

“In team sports, we prefer to wash dirty laundry as a family rather than make individual proclamations. Big mouths are relatively rare and monitored”, notes Patrick Mignon

Still, despite the iron glove, players resist and continue to distrust. In the NFL, Buffalo Bills wide receiver Cole Beasley released a rap piece to say his opposition to the vaccine. In the NHL, two assistant coaches lost their jobs for not getting vaccinated.

“This is not my role”

While vaccination campaigns often run into caps, epidemiologists, in the image of the” Mr vaccine ” of the French government, Alain Fisher, recommend the use of celebrities to promote vaccination. A slippery ground on which athletes often refuse to engage.

” For me, the vaccine is a personal decision, ” said basketball player Rudy Gobert about franceinfo. “There are people who are qualified to say things and it is not my role to tell people to get vaccinated or not. Everyone has the resources to educate themselves and do what they think is right for them.”

While the health situation in the West Indies is worrying, multiple Olympic medalist and judo living legend Teddy Riner has also firmly ruled out the idea of becoming the spokesman for vaccination to speed up the vaccination campaign in his home region: “I got vaccinated as soon as I could,” explained Teddy Riner at the Parisien. “Because I wanted to protect myself, because I wanted to protect my loved ones and the most vulnerable, because I wanted to prepare for the Tokyo Games calmly. Because, personally, I think this is the solution to fix the problem. I was not obliged and I am not ashamed to say that I am vaccinated. But it’s not my job to tell people ‘ Vaccinate yourself !’”

For Patrick Mignon, these refusals are not related to a covido-skepticism, but more to a refusal to be instrumentalized in the service of a cause : “I think we are more in a debate : ‘Should the sportsman be engaged ?’Here, these athletes make their citizen gesture, but refuse to become spokespersons. They refuse to enter into what they consider a political gesture,” says the former researcher. “There is nothing to gain for a sportsman to engage. He fears excessive media coverage while he prefers to see himself as one individual among others.”

Athletes also probably fear a conspiracy backlash against them. Thus, while Kylian Mbappé had proudly announced his vaccination on social networks, at the end of May, part of the complosphere had tried to link his counterperformance to the Euro to the vaccine. Others tried to do the same about Christian Eriksen’s heart condition in the middle of the match… before his club revealed that he had not yet received a dose.

At the end of the suspense, Algeria wins the trophy against Tunisia