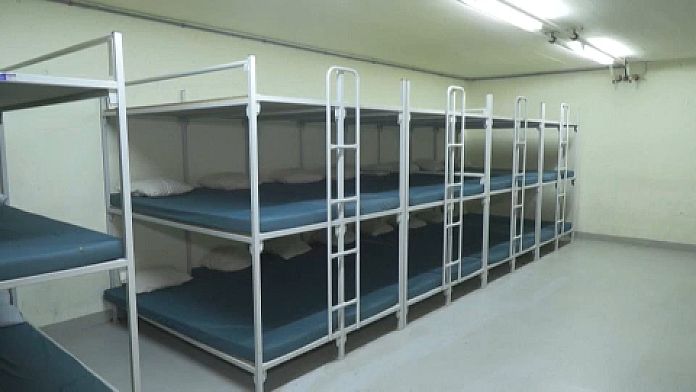 At first sight, they look like garages but once inside, we discover beds, racks and desks. Built in large numbers during the Cold War, they are large enough to accommodate the entire population.

DSince the 1960s, every Swiss municipality has had to build nuclear bunkers. Since then, these shelters are also mandatory in all houses and apartment buildings of a certain size built since. In addition to private shelters, the army and civil protection also have their facilities.

“Today, I think this system of shelters makes sense, we remember the problems that occurred in Fukushima, because there was a time when the federal chambers wanted to abolish the shelters. We realize that there are nuclear power plants in Switzerland and in Europe in several places, so yes, it is useful, it is made for that and I think that today we must keep them, at least with what is happening in the world.”, Marie-Claude Noth-Ecoeur, head of the civil and military security service of the canton of Valais.

These underground spaces, long considered an unusual curiosity are attracting more and more interest since Russia invaded Ukraine on February 24.

Indonesia: Hundreds of lanterns lit up the sky for the Buddha festival in Borobudur