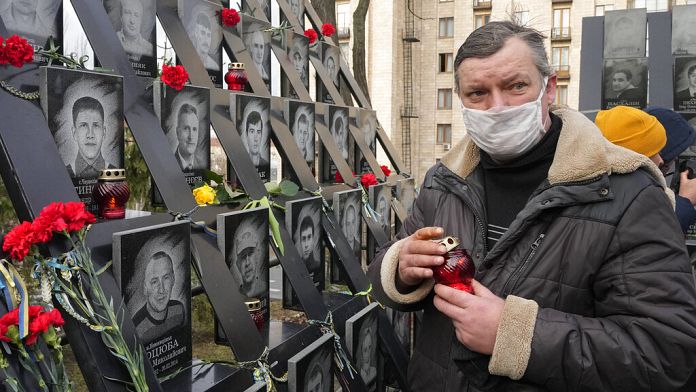 Ukraine commemorated the anniversary of the Maidan revolution on Sunday.

At least 105 people have been killed in the crackdown on protests against the pro-Russian government of Viktor Yanukovych.

Petro, painter: “We must remember that people sacrificed their lives for Ukraine, for our future in Europe, we must respect this memory, and cherish it” says a Ukrainian artist from Dombass and living today today in Kyiv.

Most of the deaths were recorded between February 18 and 20, 2014, when security forces tried to disperse the crowd in Maidan Square, in the center of Kiev.

Moscow maintains that the Maidan movement was a coup plotted by Western powers.

Isla Valdecañas, a Spanish tourist resort on the fringes of the law