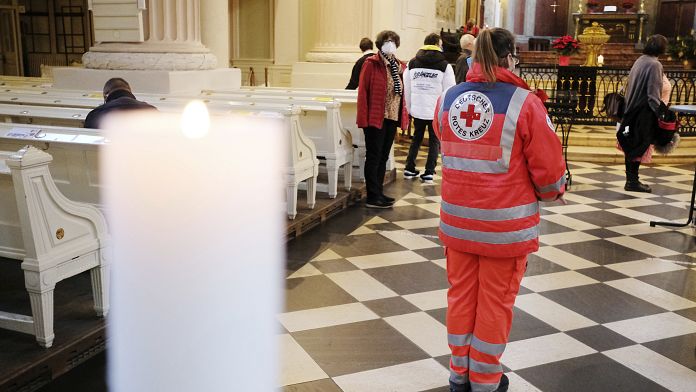 In Germany, the outlook darkens as December approaches. The Covid-19 epidemic is gaining ground with an incidence rate exceeding 450 cases per 100,000 inhabitants.

To avoid a breakdown in the health system, fifty patients admitted to intensive care in Bavaria, Thuringia and Saxony were transferred this weekend to other regions of Germany, with the help of the army.

While at least three cases of the new Omicron variant have been reported in Germany, the pressure is already very strong on the government of Olaf Scholz, which is due to settle in the coming days.

The next chancellor already wants to set up – before taking office – a crisis unit dedicated to the coronavirus within his cabinet, headed by an army general.

The current Minister of Health, Jens Spahn, who calls for a meeting between the federal government and the Landers, advises to put pressure on the unvaccinated by applying the 2G rules, that is to say to allow the ” access to facilities only with proof of vaccination or cure. A negative test would not be enough. “implement this measure for several months,” he advises.

The calls are made more and more urgent to strengthen the restrictive measures, but also to impose vaccination on the population. The Minister-President of Bavaria and his counterpart from Lower Saxony are in favor. The National Academy of Sciences is asking for an immediate reduction in contacts, in an attempt to put a stop to the epidemic wave.