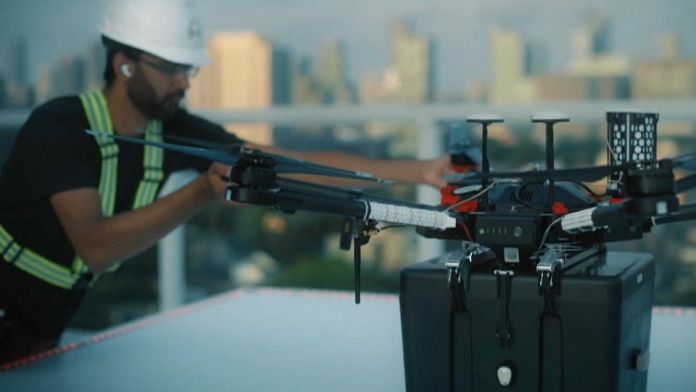 A Canadian surgeon performed in late September “what had never been done”: transplanting a lung carried minutes before thanks to a drone between two downtown Toronto hospitals.

“We have proved — and this is a very important point — that it is possible to do it without danger,” said Dr. Shaf Keshavjee, who collaborated with a technical team for two years to carry out this flight.

In the middle of the night, the drone traveled 1.2 kilometers in just under ten minutes in the sky of the Canadian metropolis, taking off from the Toronto Western Hospital and landing on the roof of the General hospital.

The lungs were then successfully transplanted to a sixty-year-old patient with pulmonary fibrosis.

The drone transport was done via a refrigerated container “that maintains the thermal parameters of the organ” so that the latter is “viable for transplantation”.

“I think drone technologies have immense potential to make it a standard in terms of health care,” says Mikaël Cardinal, vice president at Unither Bioelectronics, the biotechnology company that carried out the flight. The latter, a subsidiary of the American company United Therapeutics, is based in Quebec.

The device traversed the “urban and complex” environment of downtown Toronto in an automated manner, with human supervision.

“The challenge now is to adapt this technology to make it accessible to patients all over the world,” adds Dr. Keshavjee, who specializes in lung transplantation, who recalls that the lung is “the most fragile of all organs” to be preserved and transported.

Time is the most critical constraint for organ transport. Experience shows that drone delivery technology, already operational for packages purchased online in some countries, could really be used to improve the current system of organ transport and reduce its cost.

In April 2019, a drone made a similar flight by transporting a kidney to a hospital in Maryland, USA.

Ukraine: decisive meeting between Washington and Moscow to try to defuse the crisis