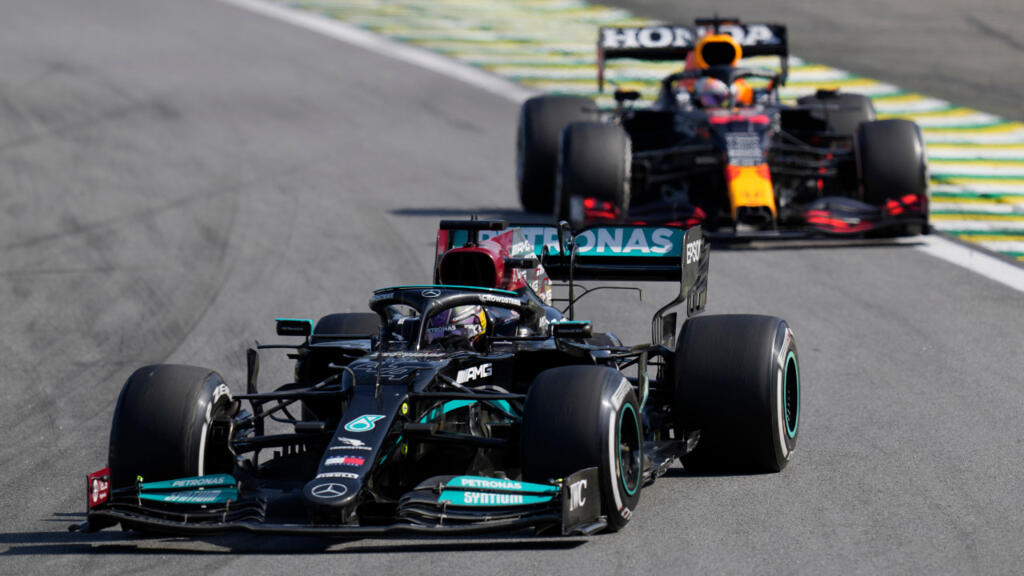 For only the second time after 1974, the Formula 1 World Championship will be played between two drivers tied on points, Lewis Hamilton and Max Verstappen, in the last Grand Prix of the season, Sunday in Abu Dhabi.

This is the epilogue of an exciting mano a mano: tied before the last Grand Prix of the season, Lewis Hamilton and Max Verstappen engage in a final duel from Friday to Sunday in Abu Dhabi, for the title of world champion. of Formula 1.

For the Briton from Mercedes, at 36, it would be the eighth crown and an absolute record, with one more crown than the German Michael Schumacher. For the Dutchman from Red Bull, 24, it would be the first. And the first time since 2014 that Mercedes would not put one of its drivers in the first place.

For the thirtieth time since the creation of the championship in 1950, the title is decided in the final race. But this is only the second time, after 1974, that the last two rivals are tied on points, 369.5 precisely after 21 Grands Prix.

Hamilton, who has clinched three wins in the last three sets, has the trend for him. But Verstappen has another advantage: his nine GP wins this year against eight for the Briton.

If one scores more points than the other on Sunday, he will be champion. But if they end up tied (if one is 9th and the other 10th with the fastest lap, i.e. 2 points each, or neither scores points, by finishing outside the Top 10 or by retiring), the Dutchman will be crowned with his most victories.

As the end of the season approached, their brawls became increasingly bitter, culminating last week in Saudi Arabia with two contentious overtakes and a crash for which “Mad Max” was sanctioned.

Therefore, many wonder if the Red Bull driver will be tempted to eliminate his rival rather than beat him loyally.

“We’re both here to win and of course we’ll do whatever is necessary in terms of points to win the championship,” he replied. “But we’ve been racing against each other all year, we put on a great show for everyone, so I hope we can do it again here.”

“Like Max said, we raced a lot against each other. There was a lot of good and a few incidents, but I want to believe that we learn from that and move on,” Hamilton adds. .

As a warning, the race direction’s instructions explicitly prohibit this weekend “any violation of the principles of fairness in competition, any unsportsmanlike behavior or any attempt to influence the outcome of a competition in a contrary manner. to sports ethics. “

They also evoke severe penalties in the event of non-compliance, such as suspension or withdrawal of points in the championship.

This is reminiscent of the epilogue of the 1997 season, when Michael Schumacher, vice-champion behind Jacques Villeneuve, was disqualified for hitting the Canadian, with whom he was fighting for the title, in the last round.

The Yas Marina track, on which the title is played this weekend, was a private preserve of Mercedes until last year, with six poles and six wins between 2014 and 2019. But, in 2020, Max Verstappen has created a surprise by taking pole and first place in the final.

However, “last year is not necessarily a good benchmark in terms of results because many factors have contributed”, starting with the restricted engines of Mercedes and a Hamilton recovering from Covid-19, recalls the Dutch.

That said, his Red Bull 2021 is much better than last year.

Another uncertainty is added this year, since the route has been changed. The track is faster, which should benefit Mercedes, but it should also be more conducive to overtaking, which cannot displease Red Bull.