Out with injury on Thursday night in the Europa League during the match between the Lazio Rome and Lokomotiv Moscow, Ciro Immobile should be forfeited to play the Final 4 of the Nations League with Italy. 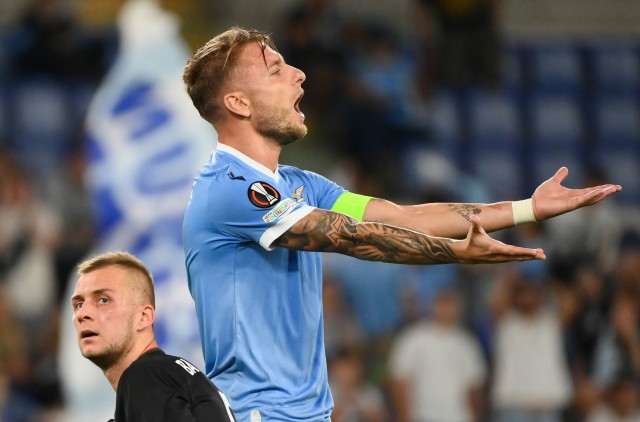 Injured a thigh Thursday night in the Europa League, during the match between the Lazio Rome and Lokomotiv Moscow, striker Roman Ciro Immobile should logically be unable to take part in the final stage of the Nations League with Italy. This is in any case what has foreshadowed an official statement from Lazio this Saturday. The latter explains that examinations have confirmed a slight injury to the right thigh of the biancocelesti. Similarly, the statement also does not mention any specific return date of the Italian international on the grounds of the Serie A.

A lack of weight for Italy

Yet called up to the selection Friday by the coach of the Nazionale, Roberto Mancini should therefore finally have to do without the services of Ciro Immobile. An absence of weight for the reigning European champion given the start of the season of the forward-center of the Lazio Rome. The one who totals 15 goals in 54 appearances, effectively occupies the head of the ranking of the top scorers of the Serie A with 6 achievements in six matches. Without omitting his 2 assists.

A regrettable absence, knowing that Squadra Azzura is preparing to play in the final phase of the League of Nations next week, what is more on home soil. They will face Spain in the semi-final in Milan on 6 October, a remake of the last semi-final of Euro 2021. Before a hypothetical final or small final against France or Belgium on October 10.

It should be noted that Italy will be the favorite in this Final 4, it who was crowned European champion this summer and who is on an incredible series of invincibility of 37 meetings…