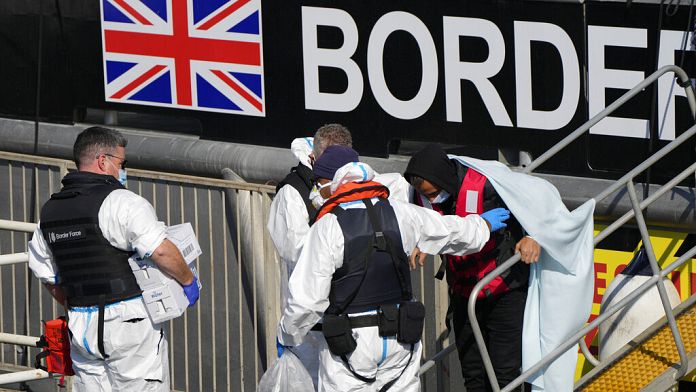 The United Kingdom will indeed send the promised funds to France to help fight the smuggling of migrants in the Channel.

The issue had heightened tensions between London and Paris, which are already at odds over fishing licences in British territorial waters.

The United Kingdom has pledged 62.7 million euros in 2021-2022 to help finance the strengthening of border controls on the French side”.

Gérald Darmanin, French Minister of the Interior, was speaking to the National Assembly on Tuesday :

“Last night, the British Home Secretary (Priti Patel) wrote to me to say that she was going to pay the money promised in this agreement, and I welcome it because it is the promise kept and I had no doubt that the English were men and women of honor.”

Last weekend, more than 1,300 people tried to cross to the British side, some of whom were rescued in a state of advanced hypothermia.

Since the end of 2018, illegal crossings of the English Channel have exploded despite warnings from the authorities who warn of the risks of these attempts to cross in “small boats”, which reached records this summer.

According to maritime prefect Philippe Dutrieux, some 15,400 migrants attempted the crossing between 1 January and 31 August, of which 3,500 were “recovered in trouble“in the strait and brought back to the French coast.

Crossings (and attempts) of the English Channel

The UK has long been attractive to migrants, mainly because of the language. But the British government has begun pushing through a controversial bill reforming the asylum system and providing for tougher penalties for those trying to enter the UK illegally.

According to Paris, half of the illegal immigrants trying to cross the Channel in Calais and Dunkirk come from Belgium.