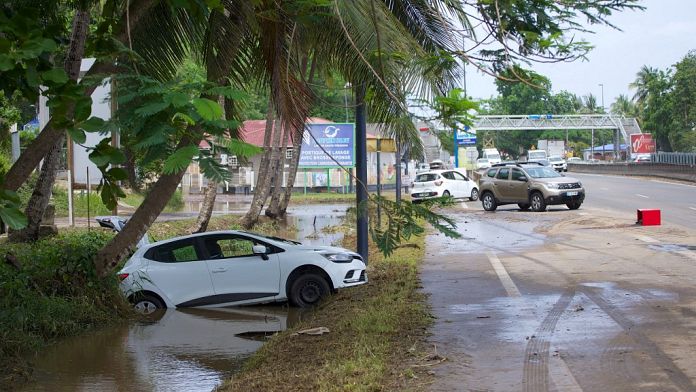 PS parliamentarians from Guadeloupe wrote to the Prime Minister on Tuesday asking him to recognize the state of natural disaster after the floods that hit the center of the island overnight from Friday to Saturday, killing at least two people.

“We ask the government to recognize the state of natural disaster, to strengthen cooperation with communities to increase investments against the artificialization of soils”, tweeted PS senator Victorin Lurel, publishing the letter addressed to Jean Castex.

In this missive to the head of government, the elected officials ask to “experiment with innovative tools” to “revive the risk culture of the populations”.

Before them, the deputy Olivier Serva (LREM) had said, from April 30, to act “at his level“for the recognition of the state of natural disaster, quickly joined by local elected officials and regional councilors of the opposition.

During the night from Friday to Saturday, the accumulation of precipitation, sometimes exceeding that of certain cyclones including Maria in 2017, led to a rapid rise in water levels, trapping many motorists in their cars, and causing a lot of damage.

Climate change has a particular impact on the island

After major floods in Guadeloupe in 2011 and 2012, the local authorities launched an action and flood prevention plan (Papi), particularly in the very vulnerable Grands Fonds area.

In his press release, Mr. Serva underlines “the urgent need to mobilize all the means of public actors, including the State, for the operational deployment of Papi in this area to allow the flow of rainwater”.

Guadeloupe is very concerned by the risk of flooding due to climate change. According to the Regional Energy and Climate Observatory, “the scenario for 2050 indicates that the urbanized surfaces (of Pointe-à-Pitre, editor’s note) flooded increase from 42 ha to 48 ha”.

A phenomenon also highlighted in the passage of the 6th report of the IPCC devoted to small islands, which details the “risks of submersion-floods” increasingly increased.