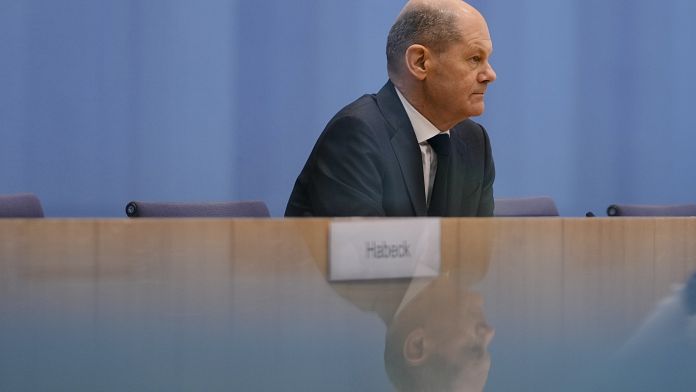 This Wednesday, the Bundestag will elect Olaf Scholz as chancellor. On the eve of his official designation, Angela Merkel’s successor, the Social Democrat signed the “coalition contract” with his partners, the Greens and the Liberals.

Entitled: “dare to make more progress”, this 177-page document will serve as a roadmap for the government. The new chancellor says he wants to implement a major industrial modernization capable of stopping climate change. Another strong commitment: to pursue a very pro-European policy.

“The point is that we are building on the efforts that Germany has made in recent years to create a strong and sovereign European Union. We want to further emphasize this development. The future of the world will be shaped by a number of very influential countries. And that is why it is very important that Europe can act in a strong and sovereign way in this future world.“, he declared at a press conference on Tuesday.

Liberal leader Christian Lindner will take over as finance minister. He intends to defend a strict budgetary orthodoxy without raising taxes. “We want to respect the constitutional requirement of a structured budget again in balance from 2023. On the other hand, we want to give up increasing the tax burden, and increasing tax rates. As part of these safeguards, we will finance the projects on which the coalition has agreed in the coalition treaty, “he said.

Resulting from an unprecedented coalition, the new center-left government is nevertheless part of a certain continuity with the policies of Angela Merkel. Its first big challenge will be the management of the resurgence of the Covid-19 pandemic, which is very virulent in Germany. As in Austria, Olaf Scholf wants to quickly vote for the vaccine obligation.