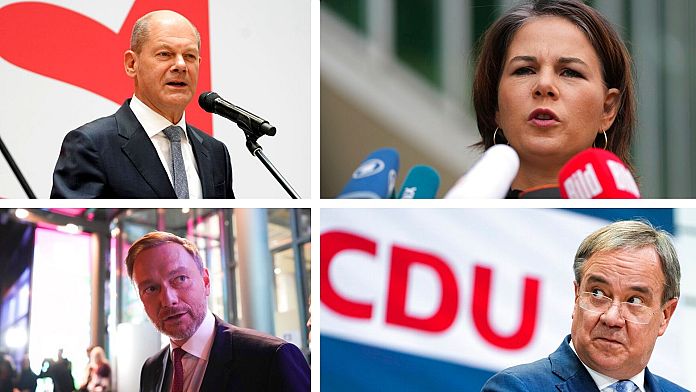 In Germany, in the aftermath of the legislative elections, parties are positioning themselves to form a coalition. The social Democrats are in a favorable swing. But the conservatives”leader does not admit to totally fighting.

In Germany, in the aftermath of the legislative elections, the political situation is far from clear.

It will probably take several days, several weeks, for things to settle down, and for the different parties to come to an agreement to form a coalition.

The leader of the Social Democratic party (SPD) Olaf Scholz insisted this Monday on the score obtained the day before (25.7%), a score that puts him in favorable swing to access the chancellery.

In front, Armin Laschet, the leader of the Conservatives, did not admit to being beaten, despite a historically low electoral result (24.1%).

He assures that he is still likely to take the lead in a coalition.

Eyes turn more than ever to the Greens led by Annalena Baerbock. Having come third in the legislative elections, they will undoubtedly be essential partners in the next coalition.

The liberals, driven by Christian Lindner, they also appear as kingmakers, able to tip a covenant in one direction or another.