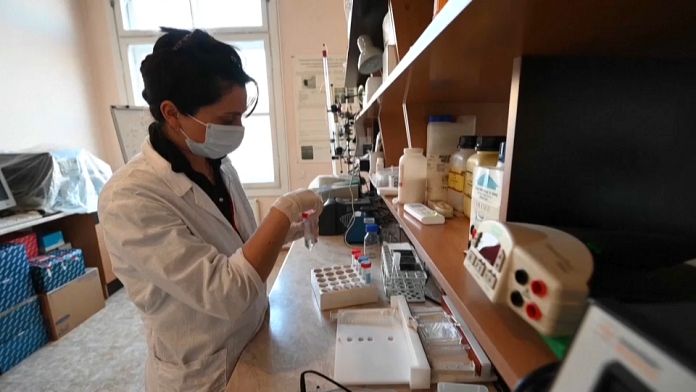 It may seem strange during a pandemic that has killed millions and turned the world upside down, but a certain type of virus, bacteriophages, could save just as many lives.

The Georgiaa small country in Caucasus, is at the forefront of research on bacterial resistance to antibiotics. A long time neglected in the Westthe bacteriophages, or bacteria-eating viruses, are now used on some difficult medical cases, like this Belgian woman who developed a life-threatening infection after being injured in the 2016 Brussels airport bombing. After two years of ineffective antibiotic treatmentbacteriophages sent from Georgia defeated his infection in three months.

“We use these phages that kill harmful bacteria to treat patients when antibiotics fail”Explain Mzia Kutateladze, director of the Georgian Institute of Bacteriophages Eliava.

Even a trivial infection can “kill a patient because the pathogen has developed antibiotic resistance“, adds the director Kutateladze.

Phages, known for a century, had been largely forgotten when antibiotics revolutionized medicine in the 1930s.

The man who contributed the most to their development, the Georgian scientist George Eliavawas executed in 1937 on the orders of another Georgian, Lavrenty Beriahenchman of Stalin and chief of his secret police.

Eliava had worked at the Pasteur Institute of Pariss with the French-Canadian microbiologist Felix d’Herelleone of the two men credited with discovering phages, and had persuaded Stalin to invite him to Tbilisi in 1934. But their collaboration was cut short when Beria had Eliava killed, for a reason that remained mysterious.

According to a recent study, superbugs could kill up to ten million people a year when antimicrobial resistance, due to overuse of antibioticswill reach its climax, which could occur within 30 years.

“We produce six standard phages that have a broad spectrum (of use) and can cure multiple infectious diseases“, assures Lia Nadareishvili, doctor at the Eliava Institute.

Nevertheless, in 10 to 15% of patientsstandard phages do not work and “we need to find phages capable of killing the bacterial strain concerned“, she specifies.

Phages suitable for rare infections can be selected from the institute’s huge collection, the richest in the world, or be found in sewage, polluted water or soil, explains Mzia Kutateladze.

The institute can even “train“the phages so that they”can kill more and more different harmful bacteria“.”It is a cheap and easily accessible therapy“, according to her.

One 34-year-old American mechanical engineer suffering from a chronic bacterial disease for six years told AFP that he “already felt an improvement” after two weeks at the Tbilisi Institute.

“I have tried every possible treatment in the United States“, said andrewwhich is part of hundreds of patients from all over the world come to Georgia every year for last resort treatment.

Beyond medicine, phages are already being used to prevent food from spoiling and can be used in agriculture “to protect crops and animals from harmful bacteria”, explains Mrs. Kutateladze. The institute Eliava has previously conducted research on bacteria targeting cotton and rice.

Bacteriophages are also able to fight against biological weapons or fight bioterrorism, Canadian researchers having published in 2017 a study on their use to counter a anthrax attack in crowded public places.

“Chega”, the populist party and potential kingmaker of Portugal