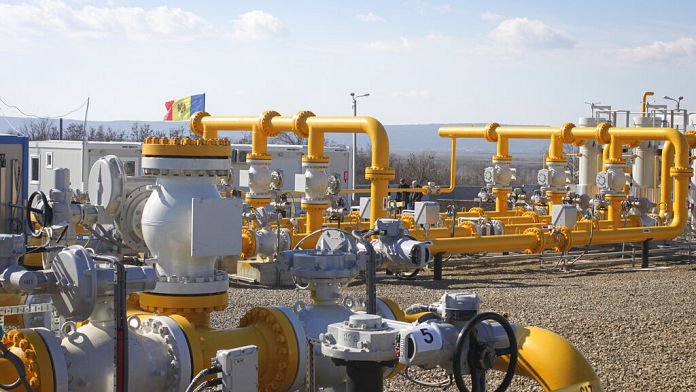 Russian giant Gazprom and Moldova on Friday announced the extension for five years of an agreement for the delivery of Russian gas to Chisinau, facing shortages and blaming Moscow for raising its prices”. “The parties have reached an agreement on prices (…) and on a subsequent dialogue for refunds“of Moldova’s gas-related debt, said in a statement Moldovan diplomacy spokesman Daniel Voda.

In a separate statement, Gazprom confirmed the announcement, clarifying that the contract will be extended from November 1 on the basis of “mutually advantageous conditions”. The agreement was reached after negotiations in St. Petersburg — home to Gazprom’s headquarters — between Moldovan deputy Minister Andrei Spinu and Russian company boss Alexei Miller.

Moldova, a country of 2.6 million people located between Romania and Ukraine, traditionally sources gas from Russia via the pro-Russian separatist region of Transnistria and Ukraine.But complications had emerged after Gazprom raised its prices in October during a one-month extension of the contract, a decision that the Moldovan government had deemed “unjustified and unrealistic” for this country which is one of the poorest in Europe.

In response, Chisinau last week introduced a state of emergency that allowed it to buy gas from Poland, the first since independence in 1991. Before the negotiations in St. Petersburg, Mr. Spinu had said that he wanted to obtain from Moscow a “correction” of the price offered to Chisinau.

On Friday evening, Moldovan diplomacy reported that the agreement had been extended on “the basis of the price formula proposed by the Moldovan side”, but no details were given for the time being on these new tariffs.

A former Soviet republic, Moldova is divided between supporters of rapprochement with Moscow and those wanting to join the European Union.Experts argue that Moscow increased its tariffs to punish Chisinau after the election in 2020 of pro-European president Maia Sandu.

For its part, Moscow had accused Chisinau of late payments and threatened to turn off the tap if a new contract was not signed. The Kremlin had denied any desire for geopolitical pressure on Moldova, arguing that it was only a business matter.

These shortages in Moldova had occurred against a backdrop of soaring gas prices in Europe, which some countries blame partly on Moscow.But gas prices fell heavily this week after Russian President Vladimir Putin ordered Gazprom to increase supplies to the European Union once Russian tanks are filled.

SMEs allowed to start up in Cuba

Towards a “traffic light” coalition in Germany? An SPD-gReens-FDP alliance is emerging