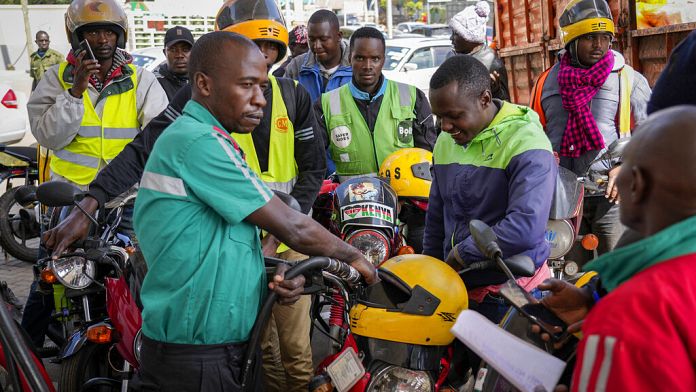 Queues at gas stations, rationing at pumps: Kenyan motorists faced another day of fuel shortages on Monday, amid a dispute between suppliers and the government.

The government blames the shortage on a run on service stations seen since the weekend, as fuel suppliers accuse the government of large subsidy arrears.

“If you know of a gas station in your area that has fuel, share the name, location, and fuel available”called out the Kenya Motorists Association on Twitter, in a bid to decongest stations.

In many places in the capital Nairobi and elsewhere in the country, motorists, motorbikes and minibuses were offered a limited supply of petrol, sometimes after hours of waiting.

The fuel shortage began last week in western Kenya following a row between fuel suppliers and the government over the settlement of subsidies, sources said.

Kenyans fear that the fuel shortage will drive up prices and weigh on household budgets.

A bombed children’s hospital, intense day on the diplomatic level. Follow our live.

Fear and Despair: Stories from Ukrainian Refugees at the Polish Border