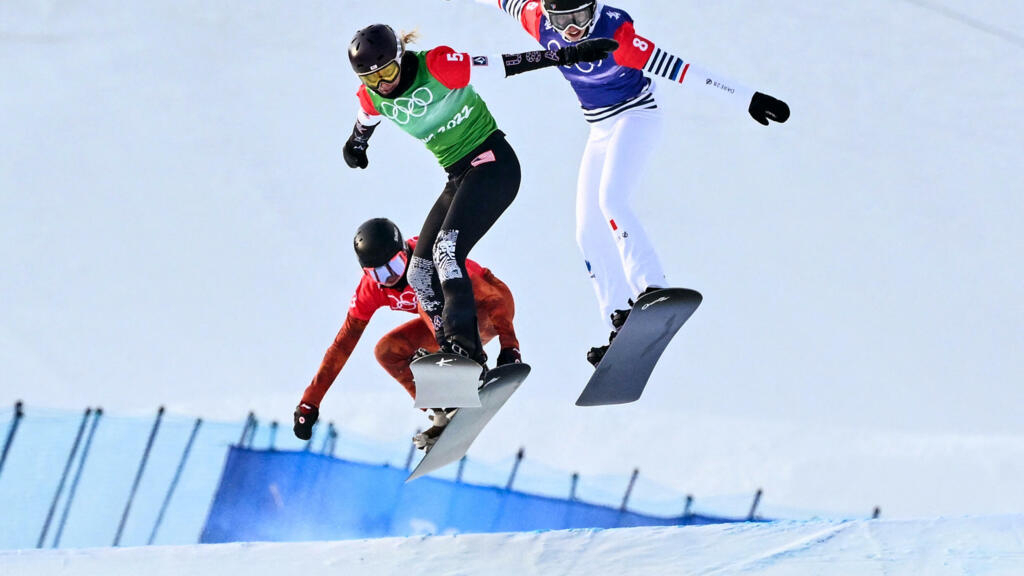 The French Chloé Trespeuch became Olympic vice-champion of snowboardcross, Wednesday, behind the American Lindsey Jacobellis, winning, at 27, her second Olympic medal after the bronze of Sochi-2014.

Four years after her fifth place at the Olympic Games in Pyeongchang, South Korea, the biggest disappointment of her career, Chloé Trespeuch went to regain the podium with the silver medal at the Beijing Olympics 2022continuing the tradition of french snowboardcross

Before the start of the competition, three names came up insistently in the predictions for Olympic gold: the Briton Charlotte Bankes, dominating at the start of the season and reigning world champion, the Italian Michela Moioli, defending champion, and Chloé Trespeuch, often placed but never a winner this winter.

In the final, the Frenchwoman, dressed in the striped white outfit of the Blues of the “snow” in Zhangjiakou and the blue bib, was the only one of this trio of favorites to set off on the not very technical track of Zhangjiakou, favoring sliding.

Because the previous rounds had left Bankes on the side of the road in the quarter-finals, and Moioli, surprised in the semi-finals.

The gold, behind which Trespeuch has been running since she was very young, thus held out her arms with her two main rivals eliminated. But it was without counting on the stainless American Lindsey Jacobellis who, at 36, finally won the grail, she who was already present for the first Olympics in the discipline in Turin, in 2006, and who had missed the gold by overconfidence on the final bump to finish in silver.

“It was very hard this 5th place in Pyeongchang, but it served me a lot, it was the first big failure of my career”, explained the Frenchwoman after her final race.

“She deserved to win, but the silver medal is more beautiful than gold, I can testify to that”, slipped in the mixed zone her teammate in the France team Julia Pereira de Sousa. The latter had also won silver four years ago in South Korea, behind Moioli, when she was only 16 at the time, the youngest medalist of the French delegation in 2018.

For Trespeuch, this silver medal is the second, after the bronze she won, somewhat to everyone’s surprise, in 2014 on the Russian tracks in Sochi. She also takes revenge on the 2018 Olympics where, unlike Sochi, she arrived with the status of gold contender and missed the podium to finish 5th.

“It was incredible, a great race with a lot of twists,” she reacted. “I was really in doubt before the race, because I didn’t do an extraordinary qualification. I knew that I was going fast in training yesterday but, inevitably, high-level sport is a lot of doubts. “

French snowboardcross is definitely a safe bet in tricolor winter sports, since Trespeuch allows France to climb on the eighth of the nine podiums at stake since the entry of the discipline in 2006 in Turin, with in particular Pierre Vaultier, double champion Olympic (2014 and 2018).

Enough to build confidence for the rest of the Olympic fortnight in Zhangjiakou, since the snowpark will host the men’s competition on Thursday with a chance of a podium for Merlin Surget, Loan Bozzolo or Léo Le Blé. On Saturday, the first mixed team Olympic title will be awarded, again with a medal contender from France.

the final relocated from Saint Petersburg to the Stade de France