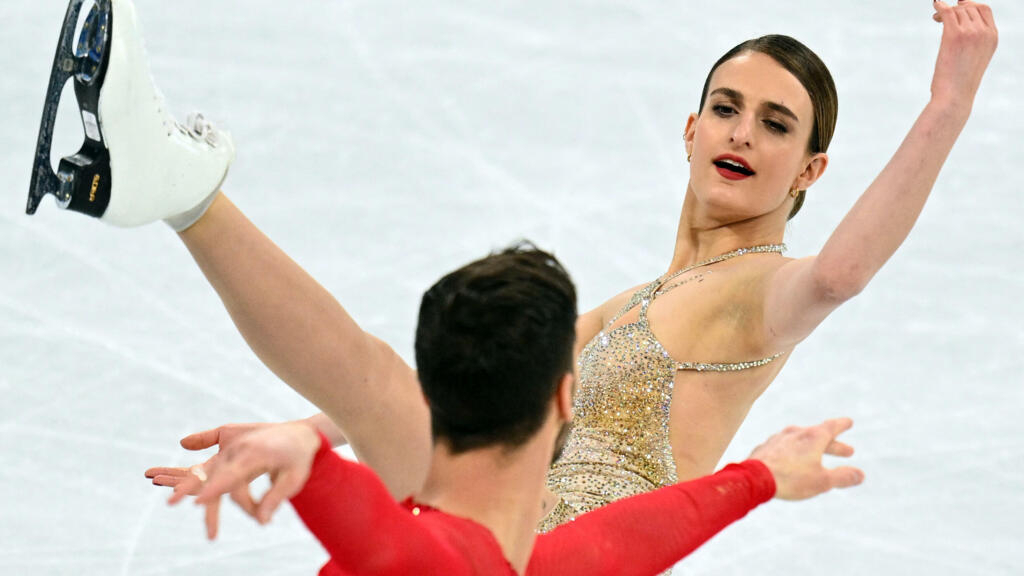 This is the 11th medal for France, and the third in gold: Gabriella Papadakis and Guillaume Cizeron won the ice dance event at the Beijing Olympics on Monday. They took the opportunity to set a new world record.

Gabriella Papadakis and Guillaume Cizeron were crowned Olympic champions in ice dancing on Monday February 14 at the Beijing Gamesthe only title that was still missing from the immense prize list of the French duo, in silver four years ago in Pyeongchang.

On Chinese ice, Gabriella Papadakis (26) and Guillaume Cizeron (27) largely won, with a total of 226.98 points, a new world record, ahead of the Russians Victoria Sinitsina and Nikita Katsalapov (220.51) and Americans Madison Hubbell and Zachary Donohue (218.02).

The French duo, golden sequined dress for Papadakis, red top and black pants for Cizeron, already four-time world champion (2015, 2016, 2018 and 2019) and five-time European champion (2015-2019), finally win gold Olympic Games, under the eyes of Guy Drut and Martin Fourcade, present in the ice rink to watch their skated free program to the sound of Elegie by Gabriel Fauré, played on cello and piano.

This Olympic coronation places Papadakis and Cizeron at the very top of the pantheon of French skating. Only Andrée and Pierre Brunet, double Olympic champions in 1928 and 1932 in pairs, and quadruple world champions between 1926 and 1932, almost a century ago, can still compete.

French ice had not known Olympic gold for twenty years and the title of Marina Anissina and Gwendal Peizerat in 2002 in Salt Lake City (United States), already in ice dancing.

Papadakis and Cizeron were in the lead after the skate rhythm dance on Saturday night. They had even improved the world record (90.83 points against 90.03 at the end of 2019). On Monday, with 136.15 points, they approached their best performance ever (136.58 at the NHK Trophy in 2019) on a free program.

Four years ago on the Olympic ice of Pyeongchang (South Korea), Papadakis and Cizeron had experienced a clothing misadventure, when the top of the skater’s dress had come off in the first seconds of their short dance. The French dancers had dominated the free dance the next day, but it was around the necks of Canadians Tessa Virtue and Scott Moir, their No. 1 rivals and training partners in Montreal, that the gold medal had been passed.

The 2022 Olympics come at the end of an unusual second half of the Olympiad for the Clermont duo. Papadakis and Cizeron went twenty months without skating in competition between their narrow defeat in January 2020 at the European Championships – their only one since the 2018 Olympics – and last October, mainly because of the Covid-19 pandemic and the difficulties travel for them who have lived in Montreal since 2014.

Since their return in the fall, they have won the three international competitions in which they participated before the 2022 Olympics but preferred, as a health precaution, to give up the European Championships a month ago. So much so that in Beijing, they measured themselves for the first time in more than two years against the very best duos in the world.