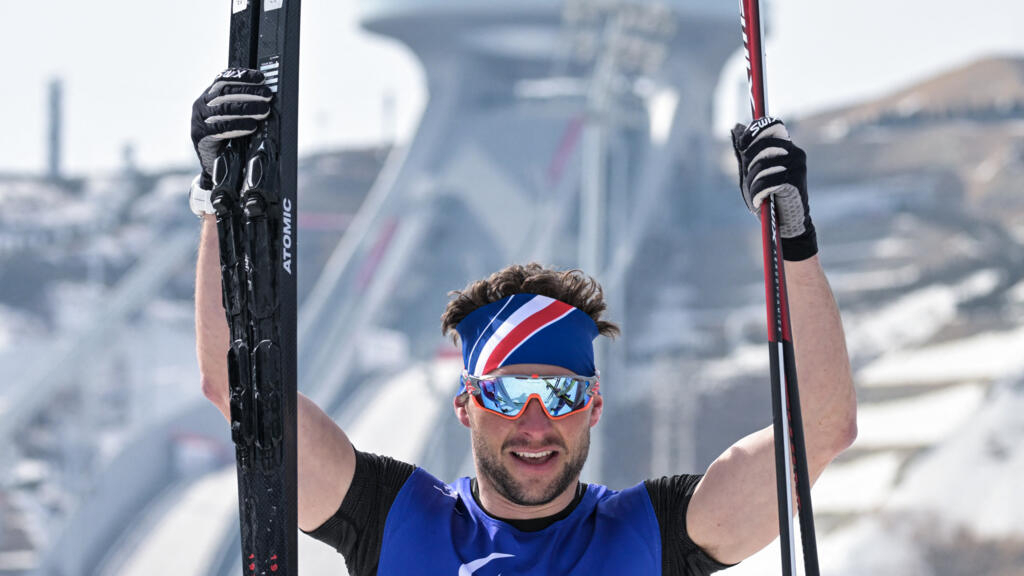 Frenchman Benjamin Daviet won the fourth tricolor gold medal on Wednesday at the Beijing Paralympic Games in the cross-country skiing sprint. This victory allows the Blues to temporarily climb to fourth place in the table.

The native of Annecy beat the German Marco Maier and the Ukrainian Grygorii Vovchynskyi. With this medal, Benjamin Daviet, French flag bearer during the opening ceremony, is reviving after having failed the day before in a disappointing sixth place in the medium distance biathlon.

“It’s just crazy,” reacted the champion after the finish line. “I had so much anger in me for having done anything wrong on the first two (Games races), that suddenly I unloaded everything today. He said he saw this gold medal as a reward after four years of sacrifice.

>> Marie-Amélie Le Fur, ex-handisport athlete: “There is a real enthusiasm around Paralympism”

“I thank my fiancée for these four years of hell that I made her live. Because we only saw each other on weekends, and all that to prepare for the Games”, he confided: “There, it’s It’s just a wonderful reward that I can give him and all my family because I’m not easy to live with, especially when I’m preparing for big deadlines like that.”

Benjamin Daviet will contest three more races before the end of the Games on Sunday. “The gold medal is done (…) and it will really free me. I can’t wait,” he concluded. France now has six medals (including four gold), which places it in 4and country ranking rank.

“A first week full of traps” for Julian Alaphilippe