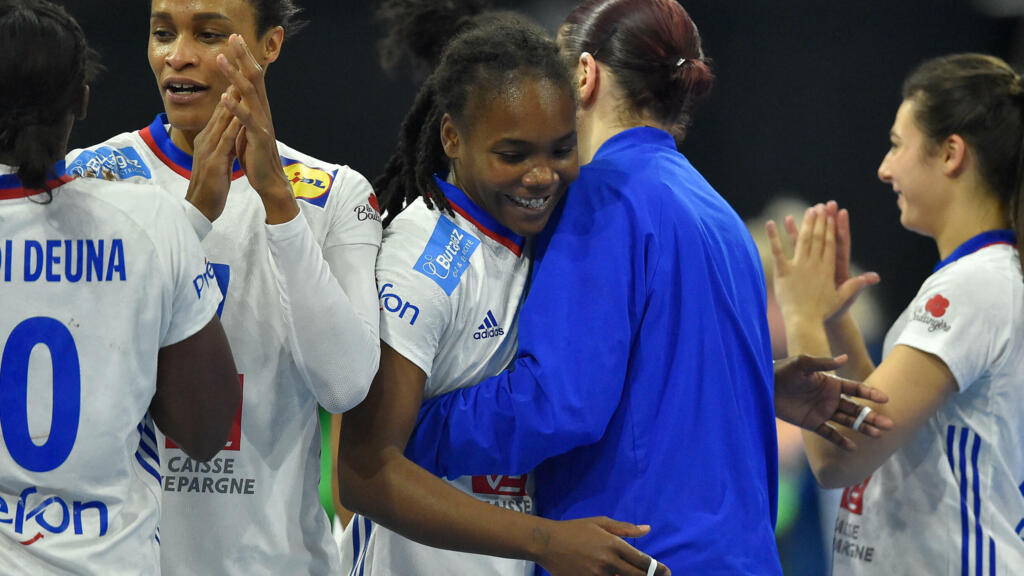 The French handball team won against Sweden (31-26) on Wednesday in Granollers, Spain and thus qualified for the last four at the World Cup. Hanging at half-time (15-15), the Blue managed to get rid of the Swedish embrace thanks to a remarkable start to the second period. They will face Denmark for a place in the final.

By winning against Sweden 31 to 26 Wednesday December 15 in Granollers, Spain, the handball players French women climbed into the last square of the Mondial-2021, where the Tokyo Olympic champions face Denmark in the semi-final on Friday.

Since the start of the tournament, which comes just four months after the Games, the French have given the impression of gaining momentum, especially their last performance against Russia in the final match of the main round, with an extremely strong back base. efficient shooting.

Wednesday against Sweden, the French were warned that it would be a complicated match and undecided until the end. “It will take a mind of steel and prepare to live perhaps a hot money-time in an elimination match”, had also predicted the coach Olivier Krumbholz on the eve of the quarter-final.

After a complicated start to the match in attack, the Bleues gradually found an opening in the Swedish defense, in particular thanks to their left-handed Alicia Toublanc (wing), Océane Sercien Ugolin and Laura Flippes (back base).

In defense, they struggled for half time to muzzle Nantes left-hander Nathalie Hagman, untenable since the start of the World Cup. But the entry into play of Cléopatre Darleux in the goal was good, to replace Laura Glauser.

Upon returning from the locker room, the tricolor steamroller set off, with a waterproof defense. On an interception by Grace Zaadi and a counterattack by Captain Coralie Lassource, the French took control and closed the shop behind.

The temporary exclusion against Estelle Nze Minko motivated the French troops, while the entry into play of Orlane Kanor brought a real plus on the left side of the rear base.

Seven out of eight

It is therefore a real good habit, taken since the Olympic Games in Rio in 2016, that the players of Olivier Krumbholz have confirmed in Spain: they reached for the seventh time (out of eight possible) the semi-finals, that this either at the Olympics, at the Euro or at the World Cup. A new consistency for France, which is among the very best teams in the world.

And on the first six experiences in the last four, they always came home with a medal in the end. The only hitch took place during the World-2019 in Japan, with an elimination from the first round, quickly erased with the money of Euro-2020 and the gold of the Games in Tokyo.

Coralie Lassource’s teammates are pursuing the dream of achieving an international double in the space of four and a half months, which only the Danes (1996) and the Norwegians (2008) have managed to achieve in the past (double JO-Euro at the ‘era).

For a place in the final, the French will approach the second stage of their Scandinavian journey against Denmark, undefeated since the start of the tournament, just like France, and which arrives at this World Championship quite fresh since the Danes have not played the Games in Tokyo.

The last clash between French and Danish women in official competition dates back to Euro-2020. The Blue won 23-20 in the first round, opening the door to the last square.