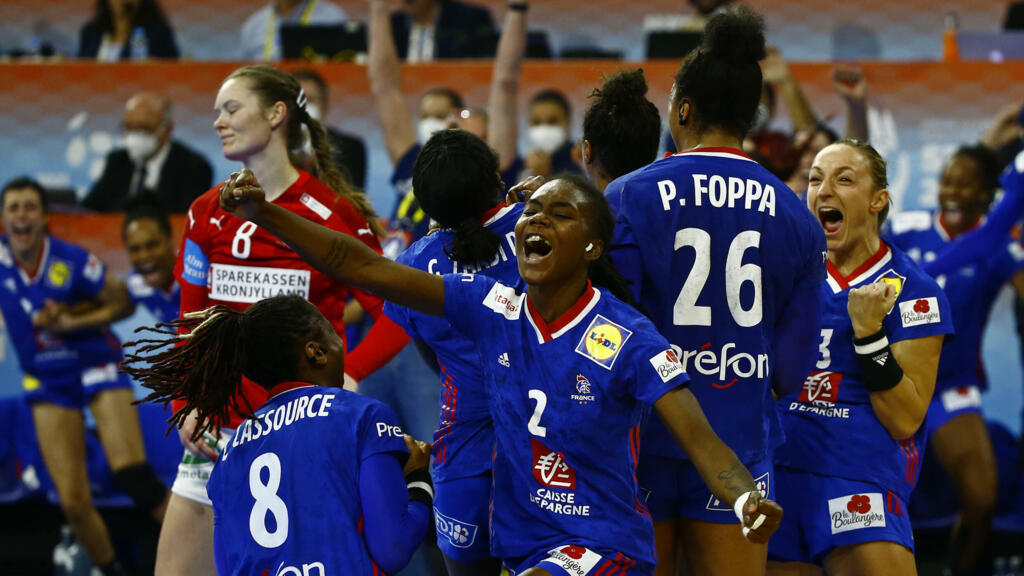 After winning the title of Olympic champion in Tokyo in August, the French handball team face Norway on Sunday and hope to climb to the top of the world championship podium.

Last step before the exploit? French handball players, Olympic champions in Tokyo, are sixty minutes from a huge feat: a very rare double in the space of four months, with a dream final of the 2021 World Cup to be played on Sunday (5.30 p.m.) against Norway.

For five years, French and Norwegian women have met twice in the final of the major championships: in 2017, the first round ended with a French demonstration (22-20) in Hamburg for the second global coronation after 2003. ; the last duel, last year in Herning in Denmark, turned to the advantage of the Scandinavians during Euro-2020.

“We know them very well. It’s a team where there is no reshuffle. We will study them, but I am focused on our ability to play better” than in the semi-final, explains coach Olivier Krumbholz.

The qualification was snatched from a hard fight against Denmark (23-22 taking the advantage less than four minutes from the end), “with the guts” as underlined by the captain of the Bleues Coralie Lassource, at the end of the least successful match of the competition, in the opinion of all players.

“If we do not find the quality of play, it will be very difficult. If we play as we played yesterday, we will lose against Norway,” recognizes Olivier Krumbholz.

This final is an opportunity for the Blue to achieve an exceptional international double four and a half months after the Olympic coronation, a feat that only the Danes (1996) and Norwegians (2008) have managed to achieve in the past.

At the time, it was an JO-Euro double, but with the Tokyo Games being delayed by one year due to the Covid-19 pandemic, it is a unique JO-World sequence that s offer to the players of Olivier Krumbholz. And the possibility of imitating their illustrious male counterparts, the “Experts”, who won world gold in 2009, five and a half months after Beijing Olympic gold in 2008.

Les Bleues are already assured of a new medal, the seventh out of the last eight competitions, a good habit since 2016 (with the exception of 2019) to come home before Christmas Eve with a nice gift to put under the Christmas tree. In this regard, they are a little ahead of the Experts, who had won six medals – all gold – in the eight competitions between 2008 and 2014.

“There is a continuity in the results which is quite exceptional and new in French women’s handball. We are clearly in a good situation, we have staff, we do not have a weak position,” said Olivier Krumbholz.

But they certainly won’t be satisfied with the money like in 2016 and 2020. “There’s always that determination to go out and find something, and to be convinced that they have the competence to do it. It’s no longer a miracle to be in the last four. As soon as you get close to the medals, it’s a group that mobilizes, “said Olivier Krumbholz.

“They are never satisfied. The true ambitious is never satisfied, barely he wins when he already thinks of winning. I think they are in this configuration,” concludes the coach.

Basketball – NBA: Damian Lillard’s admission on his complicated start to the season