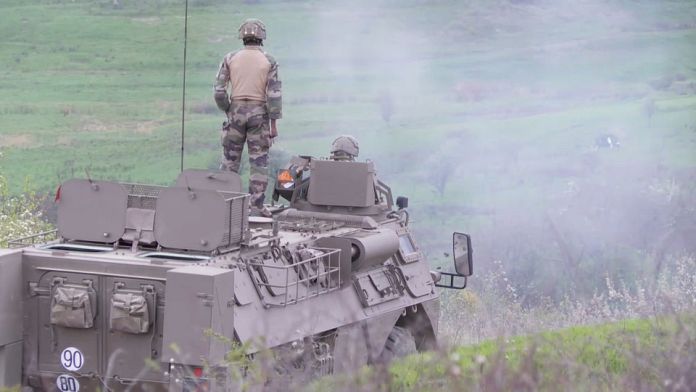 Just days after Russia invaded Ukraine, NATO Response Force units were sent to Romania. At the moment, more than 500 French soldiers, and about 300 Belgians, are present on the Cincu firing range.

Train alongside other foreign soldiers

Arrived in Romania at the end of February, these French soldiers were initially posted on an air base near the Black Sea… They are currently stationed in this firing range of Cincu, alongside other foreign soldiers. A good opportunity according to Louis : “We share some weapons with the Romanians for training. They tried our assault weapon too. It’s really good to have the opportunity to train with other nations.”

Several hundred soldiers of the French army will be stationed here permanently, Paris having agreed to reinforce the NATO battle group.

Health restrictions in Europe: relief in some countries, demonstrations in others