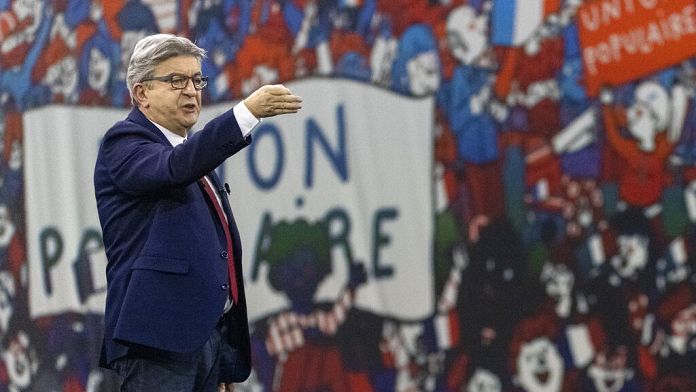 The Russian-Ukrainian crisis is arousing many reactions in France, where the campaign for the presidential election is in full swing.

Ukraine: the “risk of a generalized war”

On the left, Jean-Luc Mélenchon denounces Moscow’s recognition of the independence of the separatist republics, while opposing the integration of Ukraine into NATO.

He calls for the holding of a Conference on Security in Europe and calls for respect for borders to preserve peace:

“To touch the map, to touch the borders is to create a risk of generalized war, like those which we have already known in the past (…) We cannot as French people accept, however little, a violation of borders like the one we are living through, and that applies, I hasten to say, not only for old Europe but it also applies to Africa or any other area of ​​the world.

Third candidacy for the Élysée

Representative of a radical left, Jean-Luc Mélenchon, 70, is in his third presidential campaign.

A month and a half before the election, he seems to be the candidate most favored by left-wing activists: 11% of voting intentions in the polls is little compared to the 19% of votes he received during of the last presidential election, where he came in fourth place.

This electoral erosion could be explained by the multitude of candidates on the left who failed to come together, despite a popular primary organized by activists, but not recognized by most of the presidential candidates.

On the program side, Jean-Luc Mélenchon, who is campaigning under the “Popular Union” banner, proposes tax the rich more by restoring wealth tax (ISF) and helping the most disadvantaged by increasing the minimum wage (SMIC).

In climate and energy, it envisages a planned exit from nuclear power, replaced by renewable energies, and more ambitious targets for reducing carbon emissions.

He also proposes to ban glyphosate and to include in the Constitution the principle of “the green rule”, “according to which we do not take more from nature than it is able to reconstitute”, and a ” blue rule” on the same principle for water.

At last, about europe it no longer defends the hypothesis of an exit from the treaties, but rather advocates disobedience on a case-by-case basis, in order to be able to apply in particular its program of ecological, economic and social rupture.

A supermassive black hole rules the center of the Milky Way