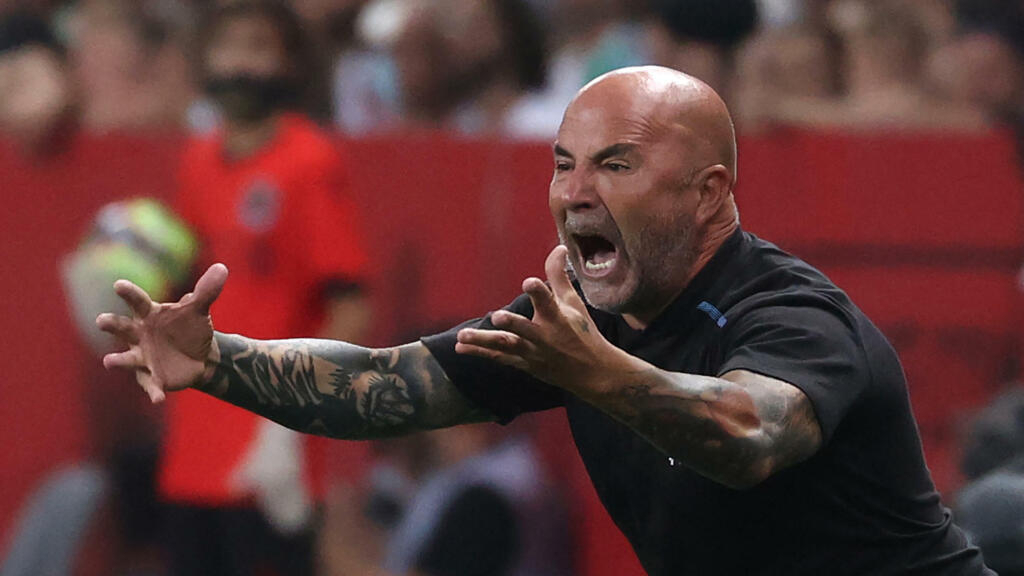 Marseille, Lyon and Monaco in the Europa League, Rennes in the Europa League Conference … The French clubs have a lot to do, from Thursday, to restore the UEFA index of France, threatened due to the counter-performances of recent years. A downgrade that could eventually lose valuable qualifying places to Ligue 1.

After the Champions League, place to the Europa League and the brand new C4: the Europa League Conference. Four French clubs are involved : Olympique de Marseille( OM), Olympique lyonnais (OL), AS Monaco and Stade Rennais. And they have a common mission: to figure well in it to save the French UEFA index which, by dint of counter-performances in the various European competitions, has plunged. A threat that could penalize Ligue 1 clubs as early as next season.

The UEFA index is calculated on the European performances of the clubs of a given nation over the last five seasons. It allows to allocate to each country a number of places for the Champions League, the Europa League, and now the Europa League Conference, of the following year but also to specify whether the clubs must go through preliminary rounds or not.

However, in recent years, the European performances of Ligue 1 seem to paraphrase the title of an old geography book : Paris, Lyon and the French desert. crew, the French sports daily of reference, dropped a statistic that summarizes the magnitude of the disaster : apart from OL and PSG, the other tricolore formations engaged in the Champions League took only 8 points out of 90 possible between 2017 and 2021.

Here is the coefficient after a long day of qualifying. The teams left and best/worst teams probably have a few errors, but the coefficient should be good. I will double check everything and issue updates if needed. Austria pullovers ahead of Scotland. pic.twitter.com/R18fFSA5qT

In the latest ranking update, at the end of August, which came at the end of the Champions League play-offs, France dropped one place in the UEFA coefficient ranking, to the benefit of Portugal, whose clubs had an excellent European August.

Mass is not yet said, however, and from Thursday evening, France can still move the lines by the end of the year if its clubs are successful and reverse the sad trend that has seen them regularly humiliated in the group stages in recent years.

Marseille travel to Moscow on Thursday to face Lokomotiv, current 3e the Russian championship, and will try to stay in the momentum of their beautiful victory (2-0) in Monaco to launch their European campaign, in a raised group E, which will then see them face Lazio Rome and the Turks of Galatasaray. Jorge Sampaoli’s men probably hope to relive an epic similar to that of 2018, which had seen Dimitri Payet and his family do not bow than in the final against Atletico Madrid.

For OL, a European trophy is an old dream of its president Jean-Michel Aulas. With their seductive recruitment (Emerson, Boateng and Shaqiri), the Gones must assume their ambitions in the Europa League and finally go to the end. Placed in a group within their reach (Brondby, Sparta Prague), Lyon begin their adventure in Glasgow, against Rangers.

Eliminated in the group stage of the C1 by Shakhtar Donetsk, Monaco will host the Austrians of Sturm Graz, the opponent a priori easiest of its group (PSV Eindhoven, Real Sociedad).

Finally, Rennes has the heavy burden of being the first French club in history committed to the Europa League Conference. The club attacked with the big piece of its group : the Tottentham Spurs, led by striker Harry Kane. Poorly committed in the league, the Reds and Blacks should be keen to offer some European emotions to their supporters.

Consequences at the end of the year

Counter-performances could ultimately have dramatic consequences for French football. The slip of France to sixth place, if confirmed at the end of the various European competitions, will have the consequence of losing his clubs a direct ticket to the group stage of the Europa League.

The club that will finish fifth in Ligue 1 in spring 2022 will win a sesame for the less prestigious Europa League Conference, as the sixth of the championship.

The fourth will continue to qualify directly for the Europa League pools, and the top three for the Champions League (with preliminary rounds for the third).

In the new 36-team format of the Champions League, which will start in 2024, the fifth country in the UEFA index will benefit from three direct qualifiers for the C1 group stage. The fourth in the national championship will have to play in the preliminary rounds.

Lille led by example in the Champions League. Without complex, facing the current leader of the Bundesliga, the Mastiffs did not tremble and may even feed regrets about not getting the three points. The Lyonnais, Marseillais, Rennais and Monegasques to do at least as well, or even better.

Whistles, boos and chaos at Bayern Munich against a partnership with Qatar

Basketball – NBA: Evan Fournier’s revelations on his arrival at the Knicks!