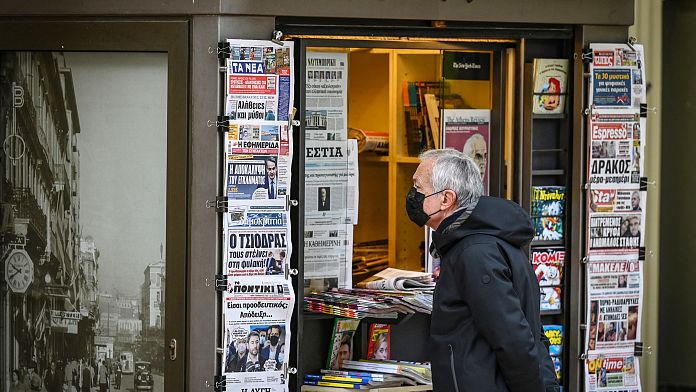 Control of the media, growing hostility against journalists, Greece plummeting. Reporters Without Borders is releasing its 2022 world press freedom ranking on Tuesday. Focus on Europe.

20 years, 20 reports. Every year since 2002, theNGO Reporters Without Borders (RSF) scrutinizes the state of press freedom in 180 countries around the world. This time, it chooses May 3, World Press Freedom Day, to publish a map, tables and analyses. Political, economic, socio-cultural context, legal framework and security, the organization relies on five criteria and assigns countries a score from 0 to 100.

Without too much surprise, Europe remains the top of the class. Among the 10 countries in the world where freedom of the press is best guaranteed, eight are European. Norway, Denmark, Sweden, Estonia, Finland, Ireland, Portugal, and Lithuania all scored above 84.

Three main trends emerge from the 2022 ranking. Pavol Szalai in charge of the European Union and Balkans office at RSF develops for euronews:

“There is a return to the murders of journalists, even within large European cities, sometimes“.

For example, on April 4, 2021, the Greek journalist Giorgos Karaivaz specializing in criminal cases, was murdered in broad daylight outside his home in the southern suburbs of Athens, while returning from work.

“Hostility towards journalists is growing and is particularly evident during demonstrations. We also observe a hardening of anti-media liberticidal measures, in Poland, Hungary, or Greece for example“.

The Scandinavian countries are still in the lead, closely followed by two newcomers, Estonia and Lithuania, which are entering the top 10.

France, for its part, jumped up eight places in the rankings, moving from 34th to 26th place. If the methodological change slightly blurs the tracks and limits comparisons between 2021 and 2022, there are many improvements on the question of the safety of journalists.

“A new National Law Enforcement Scheme (SNMO), more respectful of the rights of journalists during demonstrations, was adopted to respond to police violence” clarifies Pavol Szalai.

Europe faces a strong asymmetry between “public companies” attentive to the independence of journalists and “despotic regimes“who curtail the freedom of the press and”weaken democracies“.

On a global scale, RSF reports a “information chaos” with “a globalized and deregulated digital space, which promotes false information and propaganda“. The NGO also points to development “opinion media on the American model Fox news” and the “trivialization of disinformation circuits“.

RSF specifies that the year 2022 is marked by a change in methodology in order to better take into account the digitization of the media in particular. As well, “rank and score comparisons between 2021 and 2022 should be handled with caution“.

The Greek case is of particular concern to RSF. 70th in the ranking in 2021, it drops to 108th place this year. Journalists under surveillance, legal pressure, the investigation into the assassination of Greek journalist Giorgos Karaivaz, who is slipping, the country is multiplying the flaws.

“_Not only is Greece failing to protect its journalists, but there is clearly a political will reduce the freedom of the press_” condemns Pavol Szalai of RSF.

This decline is not unprecedented. Greece had already lost five places in the ranking between 2020 and 2021. Subject to several economic crises and a polarized media landscape, it makes journalists “prey” that must be controlled.

Faced with this observation, the European Union is reacting. The European Commission presented on Wednesday 27 April a draft directive against “gag procedures”. Practice weighs down editorial staff. The goal: to bury the disturbing media under an avalanche of lawsuits, often in defamation. Lawyer’s fees, documents to be provided, subpoenas, the objective is to intimidate and hinder the work of journalists.

“Through these measures, we help protect those who take risks and speak out when the public interest is at stake; when reporting, for example, on allegations of money laundering and corruption, environmental and climate issues or other issues important to us all “welcomed the Vice-President of the European Commission, Vera Jourova.

RSF salutes a “step forward“and believes that”freedom of the press is finally on the European agenda“.

The Council of Europe has also taken up the issue. The intergovernmental organization, partner of RSF, denounces in a report published on April 27, a “erosion“of press freedom in Europe. She particularly points to the situation in Ukraine.”Journalists have recently been targeted by the Russian military in the ongoing aggression against Ukraine, which has cost the lives of several of them“. She calls on governments to take “measures to protect journalists, including in times of war“.

Reception of Ukrainian refugees: a “one-stop shop” in Lyon