The French team validated its ticket to the final of the League of Nations by toppling Belgium Thursday (2-3). Didier Deschamps, the national coach, returned to the performance of the Blues against the Red Devils.

The reaction of Didier Deschamps after the remontada des Bleus

The French team will face Spain on Sunday in the final of the League of Nations. Les Bleus managed a remontada on Thursday against the Belgian Red Devils to validate their ticket. Led two goals to nil at half-time following achievements by Yannick Carrasco (37) and Romelu Lukaku (40), the strip to Hugo Lloris came back with better arguments in the second act. Karim Benzema (62e) first allowed his team to reduce the mark. Decisive passer on score reduction, Kylian Mbappé (69e) equalized for Les Bleus on penalty. A recovery of Theo Hernandez in added time sealed the comeback of Didier Deschamps’ men.

The national coach praised his team’s performance after the match. “Given the scenario, winning proves the strength of character of this team. Nobody thought that at half-time, I understand in relation to the result but they are there and they do not want to let go,” said the coach of the Blues to the microphone of TF1.

Auspicious ahead of the clash against La Roja 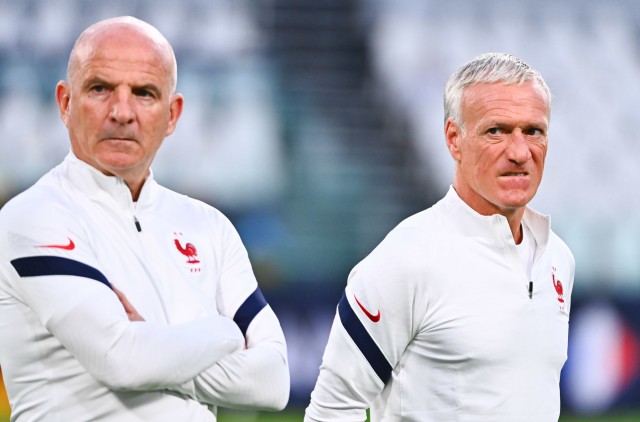 Satisfied with the remontada de l’équipe de France, Didier Deschamps projected himself on the next appointment against Spain. For this new final, the coach of the Blues wants to lift a trophy again at the final whistle. “We were there to play the final. We’ll be there. With a title at the end. We will have one day less to recover,” he said. Next up for the Blues is Spain, who beat reigning European champions Italy to secure a spot in the final. With a 1-2 win over Squaddra Azzurra, La Roja ended Roberto Mancini’s 37-match unbeaten run. Like France, Spain will try to succeed Portugal, winner of the Nations League in 2019.

A big worry about the state of the club

No gift from Claude Puel to Saint-Etienne!