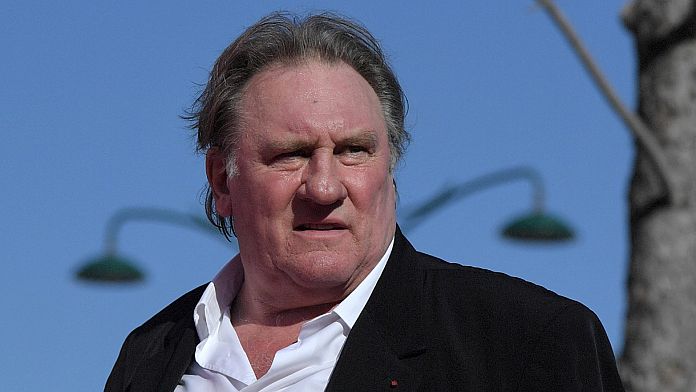 The Paris Court of Appeal confirmed on Thursday the indictment of the monument of French cinema, Gérard Depardieu, for “rapes” and “sexual assault“of which the actress Charlotte Arnould has accused him since the summer of 2018.

The actor of “Cyrano de Bergerac” or “Asterix and Obelix””, aged 73, had asked in May 2021 that the nullity of his indictment of December 16, 2020 concerning these facts be pronounced.

The investigating chamber had studied this request during a hearing on February 3, which was opposed by the general prosecutor’s office of the Paris Court of Appeal.

“The investigating chamber thus considers that there are, at this stage, serious or concordant indications which justify that Gérard Depardieu remains under investigation.“, said Mr. Heitz, who draws the logical conclusion: “The file now returns“to the magistrate”for further investigation“.

Asked by AFP, the actor’s lawyer, Me Hervé Temime, did not wish to comment on this setback.

Presented to the Court of Appeal at the time of the deliberation, Charlotte Arnould, obviously moved and accompanied by a relative, did not wish to comment either.

“My client is particularly relieved and confident with regard to the justice that has been rendered today.“, reacted to AFP his lawyer, Me Carine Durrieu-Diebolt.

“It is important to note that currently all the magistrates in charge of the case, the investigating judge, the Advocate General who requested confirmation of the indictment but also the judge of the investigating chamber, consider that there are serious or concordant indications that suggest that Gérard Depardieu did indeed commit the acts of sexual assault and rape of which he is accused“, welcomed the lawyer.

A business that started in the summer of 2018

Charlotte Arnould, born in 1995 and aged 22 at the time of the incident, presented herself to the gendarmerie in Lambesc, in the southern French department of Bouches-du-Rhône, at the end of August 2018 claiming to have been raped a few days earlier twice at the star’s Parisian home, a mansion in the 6th arrondissement of Paris.

The actor is a family friend of the young woman, whom he has known since childhood.

The legal proceedings opened in Aix-en-Provence against the French actor, also a Russian citizen since 2013, had been transferred to the capital.

A confrontation between the actor and the actress had been organized in the premises of the Parisian judicial police, indicated a source close to the file to AFP.

On June 4, 2019, however, the public prosecutor closed the case without further action after nine months of preliminary investigation, explaining that “the numerous investigations carried out” had “not allowed to characterize the offenses denounced in all their constituent elements“.

But, in mid-August 2020, the complainant obtained the resumption of the investigation by means of a complaint with a civil action.

A Parisian investigating judge indicted Gérard Depardieu on December 16, 2020 for “rapes” and “sexual assault“, leaving him free without judicial control.

The complainant, Charlotte Arnould, spoke in mid-December on Twitter to reveal her identity.

“He has been indicted for a year. He works while I spend my time surviving“, wrote the young woman of 25 years from the Jura.

“This life has escaped me for three years and I want to live without denying myself. This speech risks being a huge shock in my life, I gain absolutely nothing from it except the hope of recovering my integrity.“, she continued.

Since his indictment, Gérard Depardieu has been heard on the merits of the case by the investigating judge, according to sources familiar with the matter.

He is currently showing at the cinema in “Maigret” and “Robuste”.