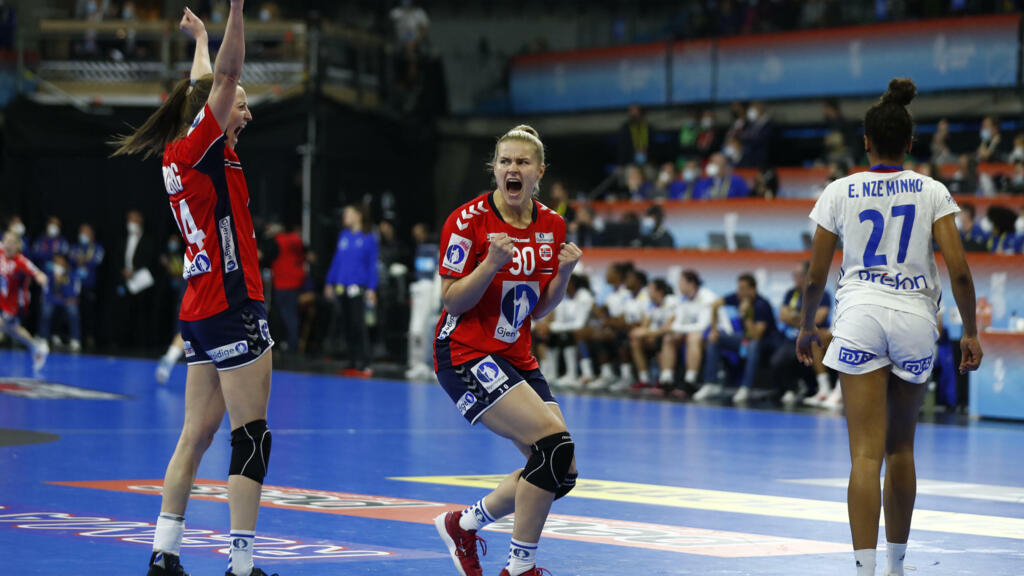 The Norwegian handball players became world champions, beating France, 29-22, in Sunday’s final in Granollers, Spain. The Blue had yet dominated them in the first part of the match, before collapsing.

After dominating for nearly half an hour, the French handball players collapsed in the 2021 World Cup final 29 to 22 Sunday, December 19 against Norway, but returned to France with a new medal around their neck, the seventh in the of the last eight competitions.

The opportunity to further mark the history of their sport was a great one for the teammates of Coralie Lassource. They had the possibility of achieving a very rare international double in the space of a little over four months, after having conquered Olympic gold in Tokyo by beating Russia in the final.

But to imitate the Danes (1996) and the Norwegians (2008), the only ones who have achieved such a feat in the past (at the time, it was a JO-Euro double), they will unfortunately need try their luck again.

The scenario of the final will leave eternal regrets to the players of Olivier Krumbholz, because they achieved an almost perfect first part of the match.

Almost only, because after leading 16-10 (28e), they messed up their end of half time: a temporary exclusion for Méline Nocandy, a fault of change for Lucie Granier, a time-out posed while Laura Flippes left to register the 17-10, and a big fault from Estelle Nze Minko.

These mistakes allowed Norway to regain hope (16-12, 30e). And the return of the locker room was fatal to the Blue who conceded a 7-2 impossible to reverse.

Finishing a tournament on a setback always leaves a taste of unfinished business, when gold seemed close at hand. The defeat against Norway should not, however, make us forget the extraordinary series of the French in recent years.

Seven out of eight possible medals

Aside from the failure of the World Cup-2019 in Japan (elimination from the 1er round), Olivier Krumbholz’s players have always reached the last four since the Rio Games in 2016. They brought back seven medals out of eight possible, climbed six times in the final and won three titles (World-2017, Euro -2018 and Tokyo Games in 2021).

Even the “Experts”, their male counterparts who dominated the male hand planet from 2008 to 2017, had not experienced such regularity. The gang at Nikola Karabatic had climbed “only” on six podiums, however all of them gold, in the first eight competitions of their absolute reign.

With twelve of the sixteen Olympic champions (Amandine Leynaud, Alexandra Lacrabère and Blandine Dancette have retired, Pauline Coatanea was not retained), the Blue arrived in Spain without fear of a generational gap.

Over the meetings in recent years, the transition has been made naturally, by successive touches, like the integration of pivot Pauletta Foppa (21 years old in three days), or center-half Méline Nocandy.

And the executives Béatrice Edwige, Allison Pineau, Estelle Nze Minko, or Grâce Zaadi, have pushed this collective to the top. The latter was the conductor of the French attack, also doing a lot of work in defense. But they lacked juice in the final against Norway.

This World-2021 was only supposed to be the first of three stages which should lead the French to the Olympic Games at home in 2024 (in the huge Pierre-Mauroy stadium with 27,000 seats in Lille). But despite the physical and psychological fatigue following the coronation in Tokyo, they found the resources to climb again to the final.