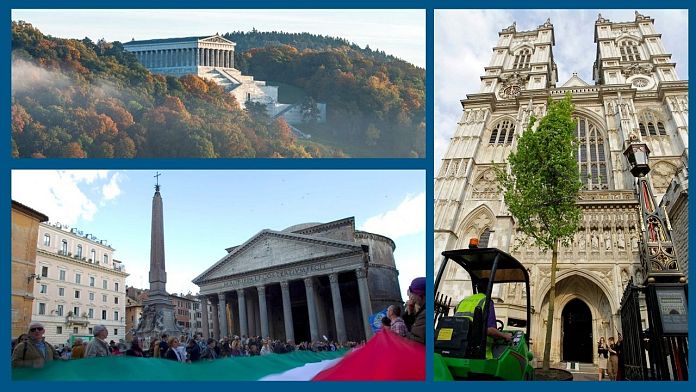 The Franco-American artist Joséphine Baker entered the Pantheon this Tuesday. This Parisian monument honors personalities who have marked the history of France.
But by the way, are there similar monuments elsewhere in Europe? Response elements.

This building was built in the 1st century BC. Originally, it was a temple dedicated to the deities of the ancient religion. It became a place of Catholic worship in the 7th century.

This monument was built in the 13th century. This is where monarchs are usually crowned. This is also where they are buried.

Located in the Plainpalais district of Geneva, this cemetery is the burial place of the personalities who left their mark on the city and contributed to its influence. No text stipulates it, it is more a custom that was installed at the end of the 19th century.

In this green place are erected the tombstones of personalities, Swiss and foreign, like Jean Calvin, (founder of Calvinism in the 16th century) or Jorge Luis Borges (writer of Argentine origin).

The site is commonly called the “Geneva Pantheon”.

Built between 1830 and 1842 by architect Leo von Klenze on behalf of King Ludwig I of Bavaria, this monument is located in the Danube Valley. The name Walhalla (or Valhalla) corresponds to the place where valiant warriors were led after their death, in Norse mythology.

BUT – useful clarification: this monument is not a mausoleum: it contains neither the body nor ashes of the deceased: the honored people are simply represented in sculpture.