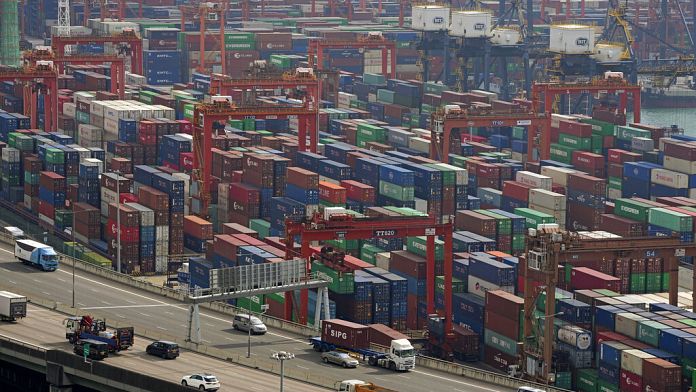 France recorded in 2021 the worst trade deficit in its history, at 84.7 billion eurosaccording to a customs statement on Tuesday.

The balance of exchanges is sealed mainly “by energy, and to a lesser extent, by manufactured products“, specify the customs in their press release.

Until then, the largest trade deficit had been recorded in 2011, with 75 billion euros.

Foreign Trade Minister Franck Riester said during a press briefing that “it was important to look at the chart of our business activity“pointing in particular a”record surplus in services, at 36.2 billion euros“.

“With regard to the balance of goods, the deterioration is mainly due to the increase in the energy bill of 17.9 billion euros“, he said again.

Furthermore, “strong export sectors are still below their 2019 level“, like aeronautics, which has only returned to 57% of its level before the health crisispoints out the minister.

Finally, the deficit is explained by the strength of the recovery, while the French economy recorded a growth of 7% last year, which “influenced imports of consumer goods, industrial tools produced abroad“, according to Mr. Riester.

No, says Paris, we do not”abandon” Mali