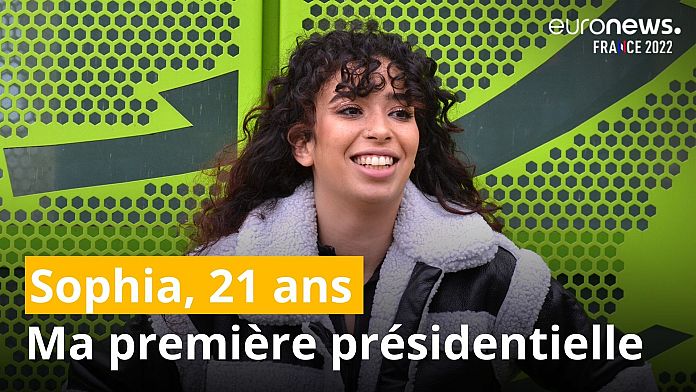 Sophia Ouaddaabab is 21 years old and she is passing her BAC as a free candidate this year. At the same time, she works as a temporary worker in the bakery or in reception. She is wary of politicians, will vote but has not yet decided for which candidate.

Euronews: Have you already voted?

Sophia Ouaddaabab: No, because I’m 21 and the first votes were when I was 18. When it’s the elections for mayors, I don’t understand enough to be able to vote. Politics is complicated. When you don’t know about it, you don’t understand what they are saying.

Are you going to vote for this campaign?

Yes, I hope to go vote but for the moment, I am lost. I don’t really know who to choose among the candidates.

Do you believe in political honesty?

I think they are all lying. But since we haven’t seen the others, we can’t know. We’d have to give someone else a chance to see. It would be nice if there was a law that compelled presidents to do everything they promised during their terms.

How do you find out about this campaign?

I watched some videos, especially “Face à Baba”, because I feel it’s more geared towards young people and it’s more understandable for us. When the candidates speak on the other channels, it’s more political and it’s less clear.

Do you talk about politics with your loved ones?

A lot, especially right now. We are more disappointed with what is happening, it does not make you want to. We have the impression that we are being lied to and that when we vote, it is useless.

You seem to distrust politicians. Why ?

Yes, I distrust everyone. They don’t experience the same thing as us, it’s not the people. They do not have the salary of 1200 euros per month. They don’t know what it is. The minimum wage is not a salary to live on, it’s a salary to survive, and that should change.

What should be the main quality of a president, for you?

Someone who loves his people. I would have liked the president to leave us a little more responsibility. By holding referendums, for example. We don’t have a say. That’s why a lot of people are upset.

Do you understand why some people don’t vote?

For example, my mother and my aunt, they haven’t voted for a while now because for them it’s useless. I understand them because each time they voted, people lied or else it was other people who passed, and it’s frustrating.

If you were president, what would be your first step?