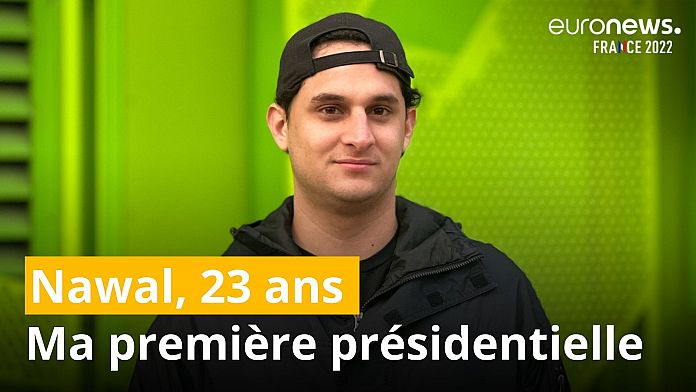 Nawal Dresler is 23 years old and has been working in the restaurant business for three years in the Lyon region. Franco-Ecuadorian, he arrived in France 3 years ago. He did not register on the electoral lists and will therefore not be able to vote this year. For him, the vote will not change anything.

Euronews: Are you going to vote in the next elections?

Nawal Dresler: No, I didn’t register, I didn’t know, I didn’t really have the information. Speaking with people, colleagues from work, with my friends, no one knew the deadline. I always thought the date had already passed.

Have you ever voted in elections in France?

No, I have never voted in my life. The fact of voting attracted me, even if deep down I have the impression that it will not change anything.

Do you often talk about politics with your loved ones?

Yes, but I try not to talk too much about it. I find this to be a divisive subject. Everyone ends up getting confused. What I hear a lot from my friends who vote or who say they vote, when in the end they don’t really do it, is: “I’m going to vote for him because I don’t want the other to pass “. So, I tell myself that I really don’t want to vote, why vote for one, just so that the other does not pass?

What could motivate you to vote?

How could we vote more simply, in your opinion?

Vote over the Internet. 100% by Internet and do not register. I would surely vote in this case and I think my friends would too.

Voting, for you, should it be a collective process?

With your friends, you could say to yourself: “Here, let’s talk about politics in a healthy way and come on, let’s vote”. I think a lot of people would vote. We all live in France, we will all have the same president, the same person who will lead us. Why not try to find a point in the middle.

Do you believe in political honesty?

No not necessarily. I find it’s just a race to see who gets the most attention.

Politically, do you know where to place yourself?

No, I can’t place myself. On some things I agree, but these are measures that I consider very right wing. I think I’m between the two, between the far right and the far left sometimes. So I would say right in the middle. I never liked this concept of right or left.

Russian gas, war in Ukraine: Germany in the middle of a dilemma