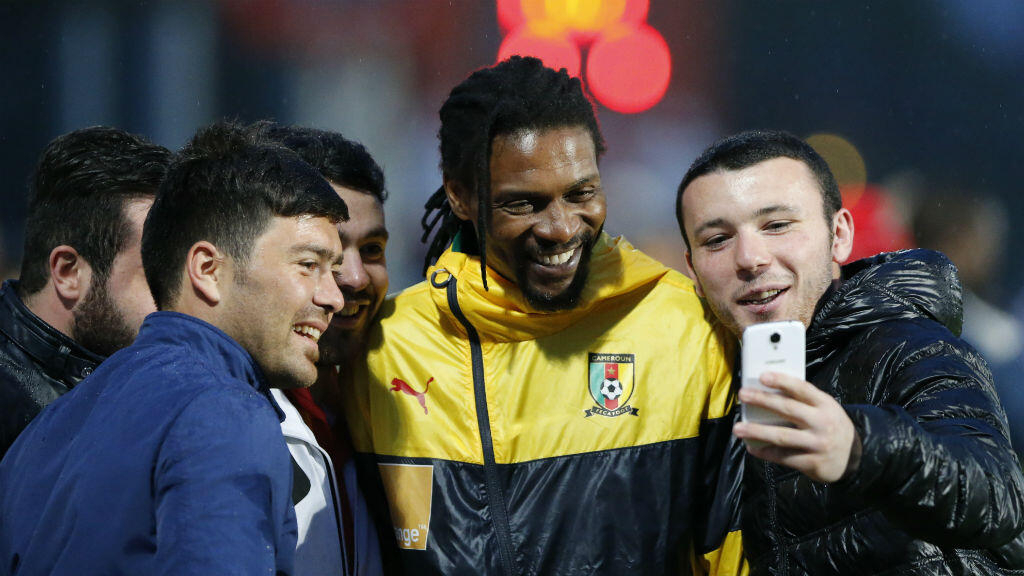 Record holder of caps with the Indomitable Lions (137 matches), Rigobert Song was appointed Monday at the head of the Cameroonian football team. He succeeds Toni Conceiçao one month before the play-offs for the 2022 World Cup against Algeria.

Rigobert Song’s name had been circulating since the end of the CAN-2022. Toni Conceiçao was in the hot seat after Cameroon’s elimination against Egypt in the semi-finals of the continental tournament played at home. His clash with striker Eric Maxim Choupo-Moting had also weakened his position. Finally, the Indomitable Lions, who took third place in the African Cup of Nations, do indeed change coaches. The Portuguese Conceiçao is relieved of his functions, just like all of his staff.

In a press release, Narcisse Mouelle Kombi announced the renewal of the technical supervision of the national team. The Minister of Sports of Cameroon, in agreement with the President of the Republic Paul Biya, has thus confirmed the appointment of Rigobert Song as coach.

He survived a severe stroke in late 2016

International between 1993 and 2010, Rigobert Song is one of the most illustrious footballers to have worn the Indomitable Lions jersey. Former player of Metz, Lens, Liverpool or Galatasaray, the one who played as a defender played 137 matches with Cameroon, a record. He played in four World Cup finals (1994, 1998, 2002 and 2010) and won the African Cup of Nations twice, in 2000 and 2002, each time with the captain’s armband on his arm.

In October 2016, Rigobert Song scared his many fans after suffering a stroke with a ruptured aneurysm. Fallen into a coma, then treated between Yaoundé and Paris, the former player had survived and regained health after a few months of rehabilitation. He was thus able to return to the head of the A team of Cameroon for the 2018 African Nations Championship before then taking care of the under-23s.

Now 45, the new coach of Cameroon’s A team will immediately find himself faced with a big challenge: that of qualifying the Indomitable Lions for the 2022 World Cup in Qatar. The Cameroonians will face Algeria in play-off matches: the first leg is scheduled for March 25 in Douala, the return leg is to be held on March 29 in Blida. Absent from the 2018 World Cup in Russia, Cameroon is aiming for an eighth qualification for the final phase.