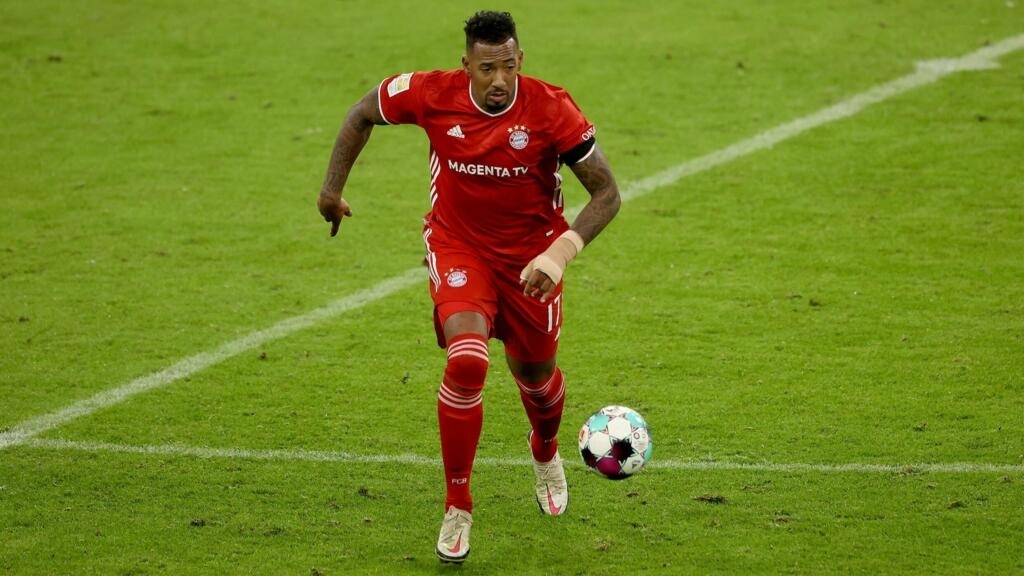 The defender of Olympique Lyonnais Jérôme Boateng was sentenced by a court in Munich, Thursday 9 September, to 1,8 million euros fine for having abused in 2018 his ex-partner, mother of his two children.

After a long day of hearings, the magistrates found him guilty of assault and battery. His victim told through the menu the facts that she blamed him – facts that he denied. He faced a maximum sentence of five years in prison.

The mother-of-one reported in particular that, during a holiday in the Caribbean, the 33-year-old star player, former Bayern Munich and 2014 world champion, had first thrown at her a lantern during a violent argument. Having missed her, he then targeted her and hit her with an insulated box, which resulted in an injury to her right arm.

> & gt; See: “Women victims of violence: in France, shelters to rebuild themselves”

“He poked my eye with his thumb,” she said. He bit my head and pulled me to the ground by my hair.”

The scene took place during a party in a luxury hotel in July 2018, just after Germany’s miserable elimination in the first round of the World Cup in Russia.

According to Jérôme Boateng, it was on the contrary his partner at the time who showed aggression and even injured him in the lip by hitting him. “I was not violent (…), I did not attack her,” he assured, without convincing the magistrates.

The player was at the time in talks to join Paris Saint-Germain, and he claims that the dispute focused in particular on the requirements of his partner to follow him to Paris. This transfer eventually aborted and Jérôme Boateng remained in Munich.

Excluded from the German squad

The ex-couple is currently on trial for custody of their 10-year-old twin girls, who live with him, and this issue was also, indirectly, one of the issues at stake in the Munich trial.

The thirty-year-old made headlines at the beginning of September when he signed for two years with Olympique Lyonnais, after a decade crowned with multiple titles at Bayern. He was at the end of his contract with Munich, where he notably won two Champions Leagues and nine German league titles.

Star of the national team during the world title in Brazil in 2014, he was dismissed by former coach Joachim Löw at the beginning of 2019, in the wake of the disaster in Russia. In his first list last week, new coach Hansi Flick did not call on him.

But in the run – up to the trial, the spotlight has once again turned to his private life, which has generated much – sometimes vigorous-discussion and comment on social media, and has been a hot topic in the press.

At the beginning of the year, Jérôme Boateng experienced a private drama when his last girlfriend, Kasia Lenhardt, whom he had just left a few days earlier, was found dead in an apartment in Berlin. The court ruled it a suicide. Jérôme Boateng was at that time travelling with Bayern to Qatar where he played in the Club World Cup. He immediately returned to Germany.

She too had accused him of abusing her, before recanting, according to the Munich daily Süddeutsche Zeitung.