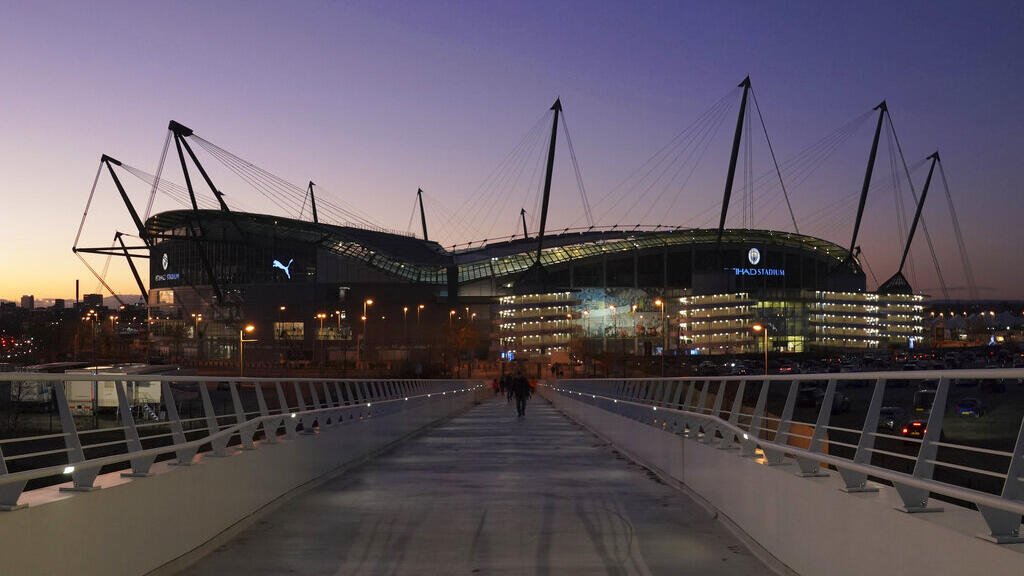 More and more football clubs are looking for new revenue streams through cryptocurrencies. In the United Kingdom, almost all of those who make up the elite have made deals with companies in this sector. Partnerships that can be lucrative, but also risky for clubs or their supporters.

Football clubs are becoming more and more fond of cryptocurrencies. This is particularly evident in the United Kingdom, where 17 of the 20 clubs in the Premier League have a partnership with a company in this sector, found the British tabloid Daily Mail, in an investigation into the links between the world of football and that of bitcoins, blockchain or NFTs, published Tuesday 23 November.

The British daily does not quote them, but the three British groups not yet succumbed to the sirens of cryptocurrencies seem to be Burnley, Chelsea and Norwich City, according to research carried out by France 24.

Everyone else has at least one partnership with a group in this sector. These can be cryptocurrency exchange platforms like CoinJar, which seduced Brentford, investment companies such as eToro, which has forged partnerships with several clubs (Arsenal, Newcastle or even Aston Villa), or gaming sites with cryptocurrencies like Yolo Group (creator of Bitcoin Casino) which has partnered with Southampton.

This rapprochement between the elite of British football and the world of bitcoins orethereum is presented as the alliance of the future. It would be a win-win marriage for clubs and fans, assures Arsenal, Manchester City and others in their press releases.

Training finds a new source of income. After more than a year of lean cows due to a health crisis, this one having weighed heavily on their finances, the clubs hope to earn tens of millions of euros thanks to these new partnerships.

Elsewhere in the UK, clubs have already won big thanks to cryptocurrencies. The agreement between Paris Saint-Germain and the Soros.com site would provide guaranteed income of 2.5 million euros per year for the club in the capital, analyzed the newspaper L’Équipe. In Mexico, the Necaxa club in Mexico raised $ 1.5 million by selling 1% of its shares in the form of NFT (“Non Fungible Token” which are digital tokens with attached property rights), reports le Sport Business Journal website.

This potential windfall is all the more important for British clubs as they could well lose income from online betting sites. These are among the main sponsors of English clubs. Of the twenty elite clubs, nine have a jersey sponsored by brands like Betway (West Ham), Betvictor (Fulham) or W88 (Crystal Palace). These agreements bring in around 75 million euros per season to the clubs concerned, but the British legislator is considering banning these partnerships which promote online betting.

“I think football clubs will further intensify their partnerships with companies in the cryptocurrency sector in order to reduce their dependence on sponsorship of online betting sites,” said Charlie Bannister, specialist at the SGI Sports marketing agency, when asked. by the Daily Mail.

These agreements will also allow fans “to be better associated with the life of their favorite club”, assured, in August, Everton FC to justify their partnership with Socios.com, a creator of sports cryptocurrencies which has partnered with dozens. football clubs around the world, including PSG and FC Barcelona.

In the UK, Socios.com – founded by French serial entrepreneur Alexandre Dreyfus – has partnerships with Everton, Manchester City, Leeds, Aston Villa and Arsenal. This company creates digital tokens in the club’s colors, which fans can buy to gain the right to participate in certain decisions.

However, supporters do not become shareholders of the club but can, through online surveys, influence the choice of the color of the scarf worn on a given day by the coach, or of the music to be played in the stadium when ‘a goal is scored. “It’s a way to stand out from the crowd of fans”, summarizes Max Rabinovitch, head of corporate strategy at Socios.com, interviewed by the Sport Business Journal website.

This new obligation, in certain clubs, to have to buy the right to participate in certain cosmetic decisions was very badly experienced by several groups of English supporters. Those of West Ham even managed, in 2019, to convince the management of the club to end the partnership with Socios.com arguing that “it is a mechanism to financially harness the engagement of fans alongside the club, which should rather be rewarded”.

Not to mention the danger of leaving your savings there. The value of the digital token, once issued, may change depending on demand. “These are speculative assets that are not subject to any regulation,” warned Charles Randall, chairman of the Financial Conduct Authority (FCA, the British regulator of financial markets), questioned by the Daily Mail. To have their say, “fans will have to venture into the cryptocurrency ecosystem, an environment that very few know”, regretted the group of supporters of Leeds, after the agreement reached in August between their favorite club and Socios.com.

This race for sponsors 2.0 has also prompted some of the biggest clubs in the world to get tripped up in cryptocurrencies. Manchester City has, thus, suspended, on November 19, its agreement with the company 3Key, only a week after having signed it. Serious doubts about the legitimacy of this company, which claims to be a “specialist in decentralized finance”, had been raised by Internet users who failed to find the slightest trace online of real people linked to the company, reports the British daily The Guardian. The day before, FC Barcelona had broken up an agreement with Ownix, a start-up linked to an arrested Israeli businessman for several cryptocurrency frauds.