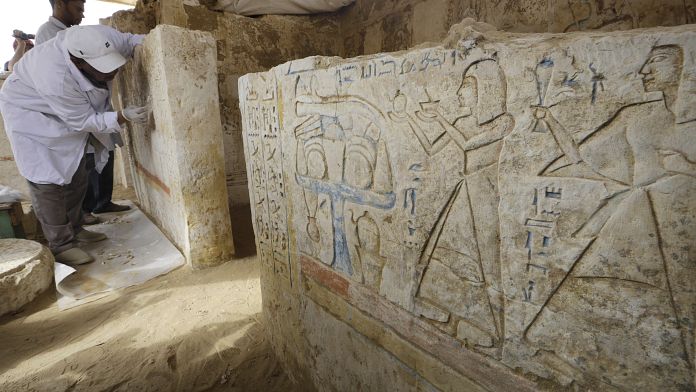 Five new ancient tombs have been discovered in Egypt. It’s at Saqqarasite of the first pyramid, located south of Cairo, that an Egyptian mission found these burial chambers dating back more than 4,600 years old.

In good condition, they would be the final resting place of senior officials. Archaeologists are currently working on cleaning and documenting the cemeteries discovered.

The Saqqara area is an open museum displaying antiquities from different eras of Egyptian history. Many discoveries have been made there in recent years.

“This discovery will help rewrite the first intermediate period in Egyptian history as it might provide more information about those who lived and ruled during this period, said the Egyptologist Hussein Abdul Bassir. It was a critical phase in Egyptian history, which saw the political and economic collapse of the state, the independence of rulers, each in his region, and an economic deterioration caused by the waste of the resources of the State in the construction of the Old Kingdom pyramids, in addition to the scarcity of Nile water and its impact on agriculture.”