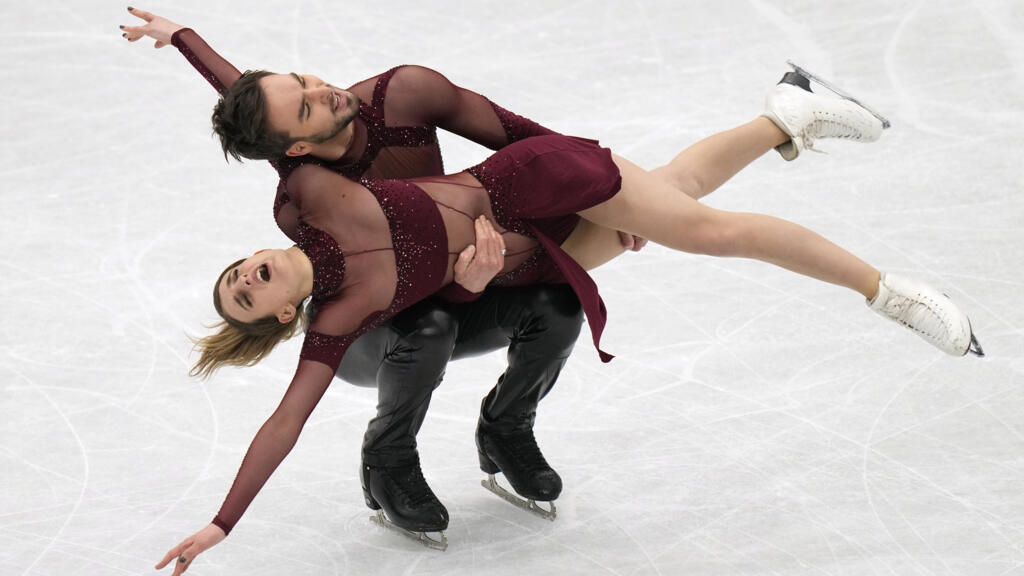 After gold at the Beijing Olympics, the French Gabriella Papadakis and Guillaume Cizeron won gold on Saturday in Montpellier. This is their fifth gold medal at the world championships and a first for French skating.

A month after Olympic gold, Gabriella Papadakis and Guillaume Cizeron were crowned ice dancing world champions for the fifth time in their careers, Saturday March 26, in Montpellier. A first for French skating.

Papadakis (26) and Cizeron (27), also Olympic vice-champions in 2018 and five-time European champions, won with 229.82 points, a new world record. They beat two American duos, Madison Hubbell and Zachary Donohue (222.39), and Madison Chock and Evan Bates (216.83), who are all their training partners in Montreal.

Excluded like all Russians in response to the invasion of Ukraine, Victoria Sinitsina and Nikita Katsalapov, outgoing world champions and Olympic silver medalists in Beijing, were absent.

“One of the most beautiful competitions of our career”

“It’s one of the best competitions of our career, we felt incredible support, especially after the Olympics (without foreign spectators, editor’s note),” said Cizeron.

“That’s one of the reasons we love what we do so much. The goosebumps, the emotions that come with the noise you made, it’s indescribable,” he added, a few minutes before the Marseillaise is sung by an opera singer, and taken up by the public.

At 26 for her and 27 for him, Papadakis and Cizeron became the first five-time world champions in the history of French skating.

Andrée and Pierre Brunet, the last to be able to compete with them at the top of the pantheon of blue skating with their two Olympic titles obtained as pairs in the interwar period (1928 and 1932), stopped at four world titles between 1926 and 1932.

Above all, Papadakis and Cizeron are still making their mark on the history of ice dancing: only the Soviets Lyudmila Pakhomova and Alexandr Gorshkov are still ahead of them with six world crowns, crowned between 1970 and 1976.

This world gold medal, a month after the Olympic gold, comes to put the final touch to a crucial season perfectly mastered for the two French dancers. Before, Papadakis and Cizeron remained on twenty months spent without competition, between their narrow defeat in January 2020 at the European Championships – their only since the 2018 Olympics – and last October, mainly because of the Covid-19 pandemic and travel difficulties for them who have lived in Montreal since 2014.

And then, what do Papadakis and Cizeron have in store? Mystery for now. “The future doesn’t really exist right now,” Papadakis replied to the 2022 Olympics.

“We don’t know. We haven’t talked about it, completed the day before with AFP Romain Haguenauer, their coach for ten years. All that will mature in their heads, they will have a few months to find out where they are, what they want to do, their desires, they also have to talk to each other.

Novak Djokovic one win away from a historic Grand Slam

according to Washington, Moscow has deployed up to 7,000 troops closer to Ukraine