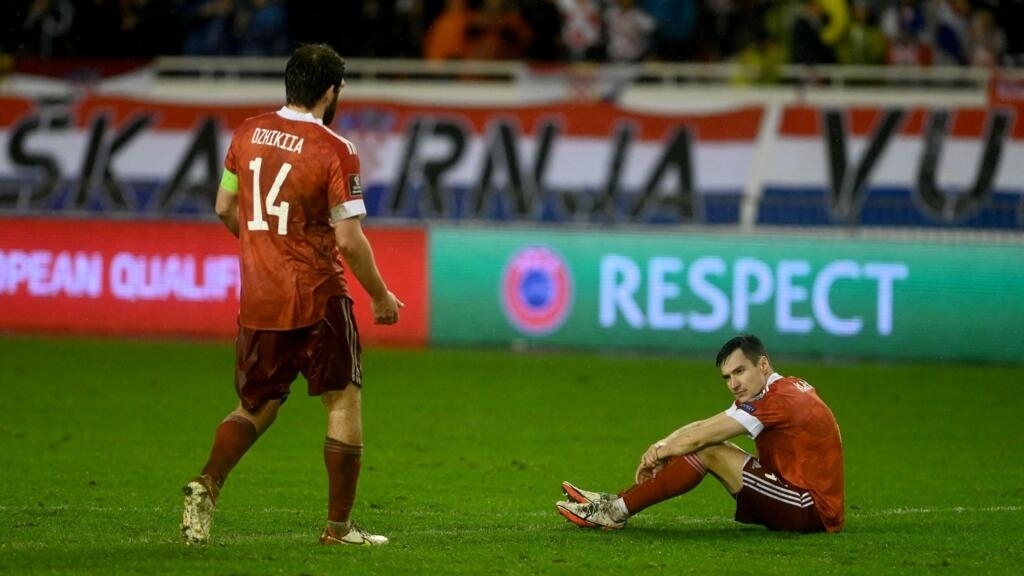 Fifa announced on Monday the suspension of Russian national teams and clubs “until further notice” in response to the invasion of Ukraine, in a joint statement with UEFA, the European confederation.

The decision is historic. Russia was excluded from the Football World Cup by its organizer, Fifa, which announced on Monday February 28 the suspension of national selections and Russian clubs “until further notice” in reaction to the invasion of Ukraine, in a joint press release with UEFA, the European confederation.

The Russians, hosts of the last World Cup in 2018, are therefore disqualified from the play-offs of the next edition, which they were to play at the end of March, with a ticket at stake for the tournament in Qatar (November 21-December 18). The women’s selection, for its part, will not be able to play the Euro in England in July. As for Spartak Moscow, the last Russian club involved in the European Cup this season, it is excluded from the Europa League before facing RB Leipzig in the round of 16.

“Football here is completely united and in full support of all those affected in Ukraine. The two presidents (Gianni Infantino for Fifa and Aleksander Ceferin for UEFA, editor’s note) hope that the situation in Ukraine will improve significantly and quickly. so that football can once again be a vector of unity and peace between peoples”, jointly explain Fifa and UEFA in a press release.

FIFA and UEFA suspend Russian clubs and national teams from all competitions.

Russia was due to play a play-off on March 24 against Poland, but the Poles have repeatedly said they will refuse to play it, even on neutral ground.

Fifa and UEFA thus partially follow the position of the International Olympic Committee (IOC), which on Monday recommended to international federations “not to invite” Russian and Belarusian athletes and teams to international sports competitions.

Deprived of the Qatari World Cup, Russia finds itself isolated by the sporting worldpending the decisions of the International Paralympic Committee, which planned to speak on Wednesday, two days before the start of the Paralympic Winter Games in Beijing.

>> To read also: “War in Ukraine: ‘The sports authorities have taken their responsibilities by excluding Russia'”

Several national federations, including that of the French world champions, had said they were in favor of an outright exclusion of Russia from the World Cup, a major sporting event of the year 2022.

UEFA also severed Monday, “with immediate effect”, its partnership with the Russian giant Gazprom, one of its main sponsors since 2012.

The contract was estimated at 40 million euros per year according to specialized media, and covered the Champions League, international competitions organized by UEFA as well as Euro-2024 which will be organized in Germany.