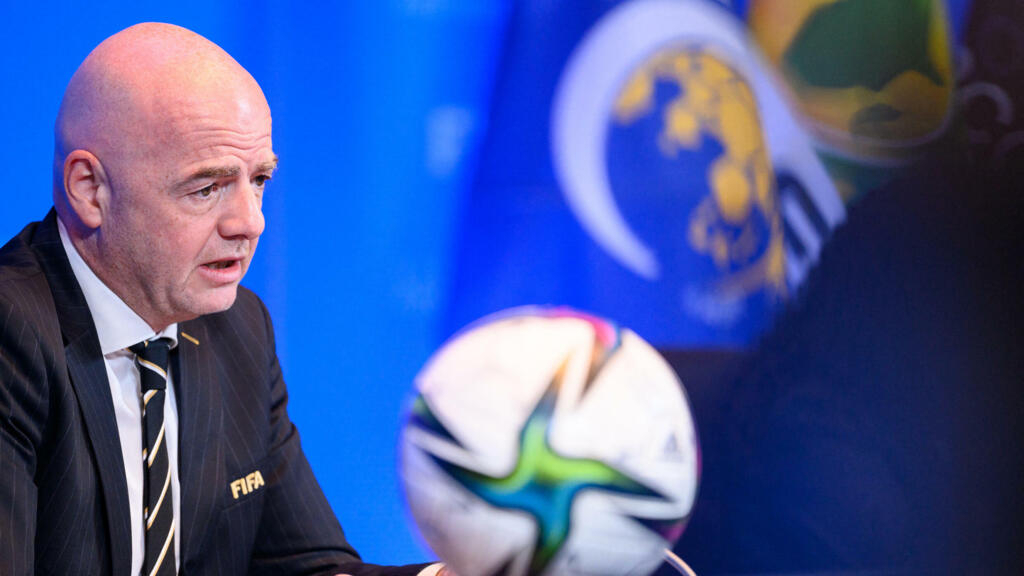 Fifa will hold a summit on December 20 to study its controversial proposal to hold a World Cup every two years. An idea that is far from consensus.

The draft is not yet acted upon, that it is already provoking debate. There International football federation (Fifa) announced on Wednesday 20 October the convening of a summit, on 20 December, to discuss the draft biennial World Cup. An idea that clashes with the reticence of European football, between billions of euros of estimated shortfall, according to a report commissioned by UEFA, and threats of “actions” from Nordic federations.

Fifa, which convened its Council on Wednesday, continues its consultations. No question, for the moment, of convening a General Assembly to put this controversial project to a vote. Place, as a first step, to “a global virtual summit”, next December 20, with the national federations, “to discuss the future of football after having been informed in detail of the ongoing consultation process on the subject”.

In a statement, the president of the body Gianni Infantino explained that he wanted to “reach a consensus for the benefit of all” but sees in this summit “the opportunity to present a plan”.

After several weeks of controversy around the upheavals suggested by Fifa, the opposition seems indeed to be hardening, especially in Europe, whose Confederation, UEFA, is standing wind against this reform of the international calendar.

In particular, it envisages the organization of men’s and women’s World Cups every two years, instead of the usual quadrennial pace, which would involve holding a selection competition every year, and tightening international windows. A full Fifa report is expected in November.

Representatives of national championships from around the world, fans and players joined in this slingshot, like the Norwegian Ada Hegerberg, Ballon d’Or 2018 and listened voice of women’s football, who lambasts in an interview with AFP a project designed “without consideration” for the players.

Losses in ticketing and TV rights

According to an internal source at UEFA, a report commissioned by the European confederation estimates between 2,5 and 3 billion euros over four years the loss of profit of the European federations if the project were adopted.

UEFA presented the findings of this study to the leaders of its 55 member federations on Tuesday. This report does not take into account the possible additional shortfall for the national championships, specify Le Monde et L’Équipe, which disclosed the content of the document.

For UEFA, the scenario suggested by Fifa risks causing losses related to ticketing, TV rights and sponsors, detail Le Monde and L’Équipe, as broadcasters and partner companies are likely to prefer a soap opera running throughout the year rather than a one-off appointment with less visibility.

According to Le Monde, the Nations League, a competition newly created by UEFA of which France is the title holder, would also disappear.

For Fifa President Gianni Infantino, who is continuing consultations with players in the football world, his project would, conversely, lead to better benefits for the federations.

“No consideration for players”

A perspective criticized by Ada Hegerberg, the first female Ballon d’Or in history, who rejects any purely financial approach.

“Adding World Cups to earn more money is an idea that does not go with the current situation,” she pointed to AFP, fearing an increase in the risk of injuries. “Those who make the decisions are not on the court and have no regard for the players,” said the Norwegian, who herself returns from a long injury.

The football federations of the Nordic countries, “firmly opposed to the idea of biennial World Cups”, even went further on Wednesday by promising to examine possible “actions” if this project ever succeeds.

“If a majority in Fifa decides to adopt a proposal for biennial World Cups, the Nordic federations will have to consider new actions and scenarios that are more in line with our core values,” reads a joint statement issued by these six UEFA member federations (Denmark, Faroe Islands, Finland, Iceland, Norway, Sweden).

amid controversy, the Olympic flame flies to China