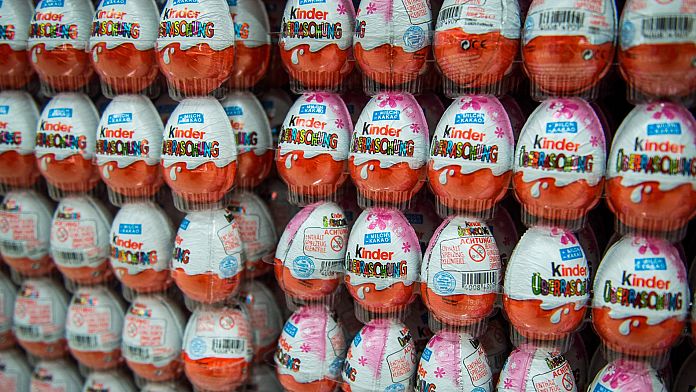 Two weeks from Easter, this is bad news for one of the most popular chocolate brands. Several dozen cases of salmonellosis have indeed been detected in Europe, suspicions turning to Kinder chocolate products made in Belgium and recalled by the manufacturer Ferrero.

The latter recalled a series of Kinder products manufactured in its Arlon factory in Belgium, and which were marketed in France, Belgium, the United Kingdom, Northern Ireland, Germany and Sweden, Ferrero said on Tuesday. .

In the United Kingdom, health authorities had already reported on Saturday a recall on certain batches of Kinder Surprise due to a “potential link to an outbreak of salmonellosis“.

A spokeswoman for British health authorities said on Tuesday that 63 cases of salmonella contamination were listed on their territory.

French side, 21 patients have been reported by the National Salmonella Reference Center of the Institut Pasteur, 15 of whom indicated that they had consumed the Kinder products concerned, according to Santé Publique France. The median age of cases is 4 years.

“The investigations carried out by Santé Publique France revealed the consumption of certain Kinder brand products subject to this withdrawal-recall in the days preceding the onset of symptoms in the 15 patients who could be questioned at this time.“, detailed Public Health France in its press release on Tuesday.

In France, the recall concerns the equivalent of hundreds of tons of chocolates, said a spokeswoman for Ferrero.

The French branch of the Italian company, the only one to publish a press release on its site for the time being, specified that “none of our Kinder products placed on the French market have tested positive for salmonella, we have not received any complaints from consumers“.

Affected by these recalls:

In the event of consumption of contaminated products, Santé Publique France recommends consulting a doctor quickly.

EU: end of the mask in airports and on board planes