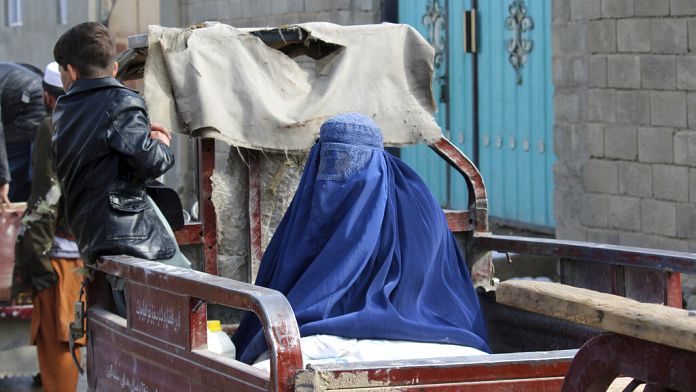 They are five years old, or eight at the most and risk being sold to men and forced into marriage. In the district of Qadis, in the northwest of Afghanistan, poverty pushes some families to give up their daughters, to survive.

“When we have nothing to eat, then we sell them“explains a woman surrounded by a dozen children, crammed under a tent.

Abdul Ghani, in his 40s, was promised more than $1,000 for his five-year-old daughter but never received his money because his daughter broke her leg in an earthquake.

“She was sold before she was injured, and then it happened. Now he don’t give me nothing and I got a $1050 debt to pay“he despairs.

These dramatic scenes reflect the state of the country, in the midst of a humanitarian crisis. International aid has ceased since the Taliban took power. But the fundamentalist group is trying to convince international bodies to come back to bring their help, especially financial.

“Since the Islamic emirate took control of the country, no one has had any security problems” says a Taliban commander, in an attempt to attract NGOs and other structures to support development in the country.

According to estimates, 90% of the Afghan population depends on international aid. The United Nationals estimates that 3 million people are internally displaced due to droughts, famine, and war.