This is the true purpose of the Barca since the beginning of the championship and it is about to be formalized. In his approach to bet on the future and transform his workforce, the Barcelona president Joan Laporta just completed a sensational transfer window operation.

Barça Transfer Window : Ansu Fati will extend, everything is closed

After making it official a few days ago the extension of the middle of 18 years, Pedri, FC Barcelona repeat this week by acting the extension of its jewel of La Masia Ansu Fati. True promise of the future of world football, the Spanish striker has been under intense pressure for several weeks from his club to expand his contract. Numerous meetings have taken place in recent days between the player’s representatives and the blaugranas managers, which each time proved to be conclusive. 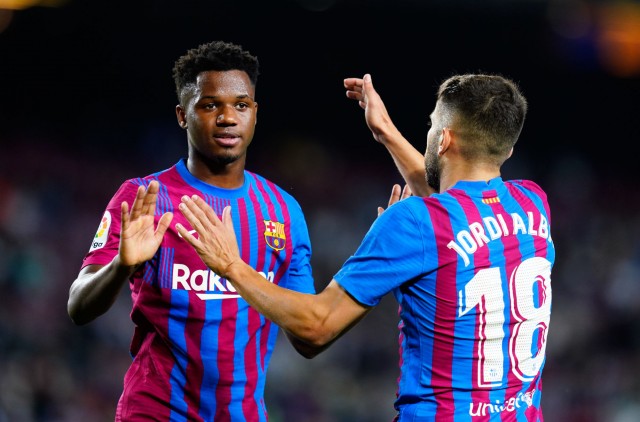 As advance Marca this Tuesday, the Catalan club and its nugget have reached an agreement in principle and hope to formalize the operation as soon as possible. Player representative, Jorge Mendes and the sporting director of Barça, Mateu Alemany, agreed a first agreement after a last-minute meeting in Porto, Portugal. At the same time, big clubs like Manchester City made sweet eyes at the wonderkid.

In this agreement, the footballer who will celebrate in a short time his 19 years, will receive much more protagonists in the blaugrana squad, as well as a significantly revalued salary. Initially under contract until June 2022, Ansu Fati should sign 5 more seasons, that is, until 2027. A real bet on the future, when we know that the Spanish striker is often perceived in Catalonia as the successor of Lionel Messi.

Injured for more than 10 months, the player made a smashing return to competition a few weeks ago by scoring a magical goal against Levante, igniting at the same time a Camp Nou far too dull since the resumption. Since then, the Spanish prodigy has already scored 2 goals in 3 La Liga matches.

An emergency extension for Ansu Fati ?