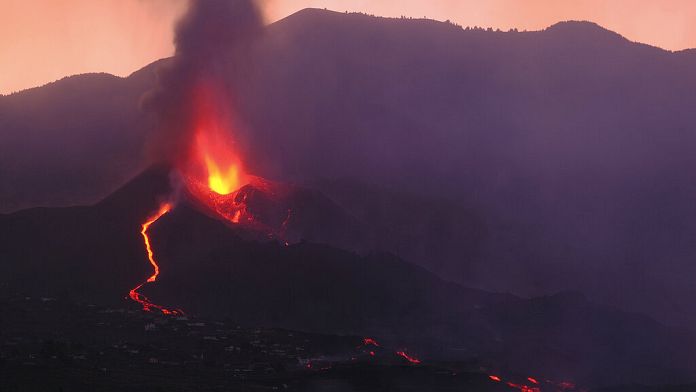 Still active, the “Cumbre Vieja” continues to threaten the Spanish island of La Palma in the Canary Islands. Lava flows and ash projections continue, almost ten days after the volcano erupted. On the southern coast, several neighborhoods were confined. Authorities fear toxic gases that could emanate from the arrival of lava in the ocean.

“When lava interacts with seawater, several things can happen – Something extremely hot interacts with something relatively cold and so the lava will turn into rock and it can be explosive, “explains Matt Pankhurst, petrologist at the Canaries Volcanological Institute.

The small coastal village of Tazacorte is notably on the route of lava flows. On Monday evening, the latter were one kilometer from the coastline.

So far the eruption of Cumbre Vieja has not caused any casualties but enormous damage. More than 500 buildings were destroyed . Nearly 19 km of road have been covered and 237 hectares of land, including many banana plantations.

After a short lull on Sunday, the activity of the volcano resumed Monday noon, under the watchful eye of experts and the worried eye of the inhabitants.

Euronews, your 10 minutes of info for December 11