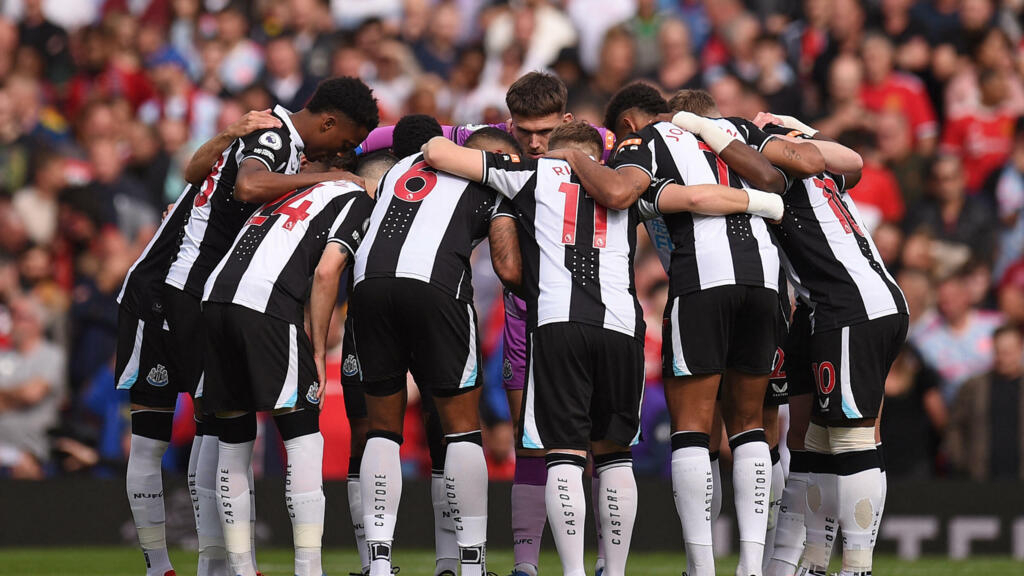 A Saudi fund has officially seized the English football club Newcastle after lengthy negotiations and despite opposition from human rights groups.

The English Premier League approved, Thursday 7 October, the takeover of the Newcastle club by a Saudi fund, ending a soap opera that had lasted for more than a year.

“We are extremely proud to become the new owners of Newcastle United, one of the most famous clubs in English football,” said Saudi fund boss Yasir Al-Rumayyan in a statement.

🤝 An investment group led by the Public Investment Fund, and also including PCP Capital Partners and RB Sports & Media, has completed the acquisition of 100% of Newcastle United Limited and Newcastle United Football Club Limited from St. Louis. James Holdings Limited.

The club, owned for 14 years by British businessman Mike Ashley, is now owned by a consortium including Saudi investment fund PCP Capital Partners and brothers David and Simon Reuben, a buyout that has received the green light from the Premier League.

The body that oversees the championship of England had however been challenged earlier Thursday by Amnesty International, the NGO expressing alarm at a takeover by a sovereign fund of Saudi Arabia, and describing the human rights situation as “disastrous” in the country led de facto by Crown Prince Mohammed bin Salman.

The Saudis had already tried to acquire the “Magpies” in the summer of 2020, without success, handicapped by the personality of Crown Prince Mohammed bin Salman, accused of multiple human rights abuses. The second attempt is finally the right one, the club being “sold to the consortium with immediate effect” according to a statement from the Premier League, specifying that the body has “received legally binding guarantees that the Kingdom of Saudi Arabia will not control the Newcastle United club”.

The sale, which amounts to about 300 million pounds (333 million euros) according to British media, represents a “long-term investment” according to the chief executive of PCP Capital Partners, Amanda Staveley, who adds to aim for “major trophies”.

Back in the Premier League in 2017 after a year in the second division, this popular club from the north-east of England points to 19th place in the table after 7 days, while the last great hours of the club date back to the 1990s, when the formation led by coach Kevin Keegan and striker Alan Shearer struggled, in vain, for the league title.

Newcastle enters the circle of clubs dependent on the immense fortunes of the Gulf countries, after the passage under the Emirati flag of Manchester City in 2008 and the acquisition of Paris Saint-Germain by the Qatari investment fund QSI in 2011.

The Saudi power thus marks a little more its presence in the world of sport, while the country hosts major car races such as the Dakar Rally since 2020, or soon a round of the Formula 1 world championship, a way of responding to the ambitious policy of its regional rivals such as Qatar, ultra present for a decade with the culmination of the organization of the World Football-2022.

The fears of human rights activists

Tension between Saudi Arabia and Qatar had already appeared on the sports field, when the Qatari channel beIN Sports accused Saudi Arabia of being behind beoutQ, a system for hacking sports images. The recent resolution of this incident had revived the rumors of redemption, until the formalization on Thursday.

If former players of the club expressed their joy and hundreds of supporters gathered around the mythical St. James’ Park to celebrate this redemption, the eruption of such a power into English football also worries human rights activists, explicitly targeting “MBS”.


Before the takeover was made official, Amnesty International had called on the Premier League to tighten the criteria for acquiring a football club in England. “Instead of allowing people involved in serious human rights violations to enter English football simply because they have full pockets”, the NGO had “urged the Premier League to change its criteria (for selecting) owners and directors” of its clubs.

The crown prince Mohammed bin Salman was named by Turkish and U.S. officials as the sponsor of the October 2018 assassination of the journalist Jamal Khashoggi, killed at the Saudi consulate in Istanbul. “MBS” later said that he took responsibility for the murder as a leader, but denied knowledge of it before it was committed.