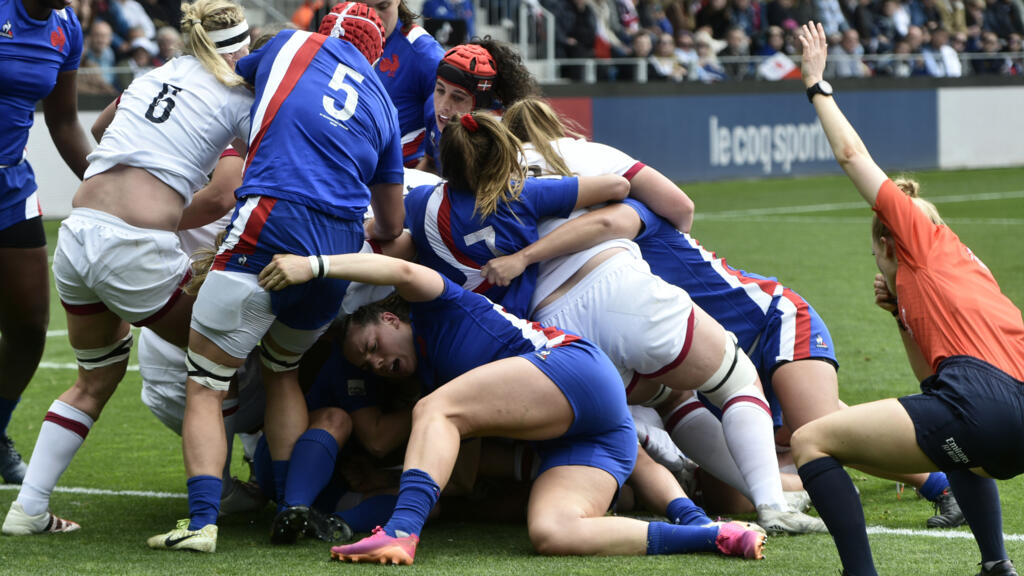 England won the Women’s Six Nations Tournament for the fourth year in a row by beating France, yet in front of their Bayonne home crowd, 24-12 on the fifth and final day on Saturday.

Facing England, the first nation in the world, the French women’s rugby team, too fair, lost, on Saturday April 30, the “final” of the Six Nations tournament (24-12), at the Jean-Dauger stadium in Bayonne, failing in his quest for a first Grand Slam since 2018.

The English were superior in the mauls, which allowed them to register three tries. As for Les Bleues, Marine Ménager’s try, at the very start of the match, and that of Annaëlle Deshayes, a quarter of an hour from the end, were not enough to hide their lack of discipline.

13th Tournament won in twenty years for the English

The “Red Roses” won their 13and title since the Tournament changed to six teams in 2002, and their 11and Grand Slam.

The French, tied on points with the English before this day, finished in 2and place with 20 points, ahead of the Welsh who retain 3and place (11 points), despite their defeat at home against Italy (10-8).

The two teams, who were playing their 50and “crunch”, now have an appointment in the group stages of the World Cup in New Zealand, which will be held from October 8 to November 12, 2022.

Poured into the same pool, English and French will indeed meet at the Northland Events Center in Whangarei on October 15th.

It will then be necessary for the daughters of Annick Hayraud to find solutions more quickly to hope to compete with the English.

Les Bleues got off to a good start, putting their opponents under pressure from the start with their footwork, and scoring the first try of the match following a scrum, their strong point since the start of the Tournament.

But England’s pack of forwards proved to be top-notch too, their favorite weapon being the maul.

It is therefore logically following a carried ball that the “Red Roses” replied, and three times in fifteen minutes.

With each time the same pattern: penalty conceded by the French, English touch, maul and try. A pounding in order for a total assessment of eleven tests marked in this way.

The first is entered by prop Sarah Bern (11and), the second by the second row Abbie Ward (17and) and finally the third again by Bern (27and).

Three tries transformed without problem by the center Emily Scarratt, appointed captain of the English in the absence of Sara Hunter, injured.

The French, affected in morale but not sunk, chained with a big strong moment until half-time, which saw them squatting the English camp, alternating the phases of play and spending a lot of energy to try to score before the break.

Three times, the English are penalized in turn by the Scottish referee Hollie Davidson. But in vain, the French do not manage to take advantage of these touches, for lack of precision in the finish, the last pass (21-7 at halftime).

With the sun back, the second period saw Les Bleues, outnumbered after Maëlle Filopon’s yellow card, solidify their territorial domination, with a try by Annaëlle Deshayes (67and). But too late to turn the tide of the game.

Frustrating certainly, but the English were better: appointment made in the fall in New Zealand.

NBA | Basketball – NBA: This big prediction on the Lakers season!

who are the eight qualified for the quarter-finals?