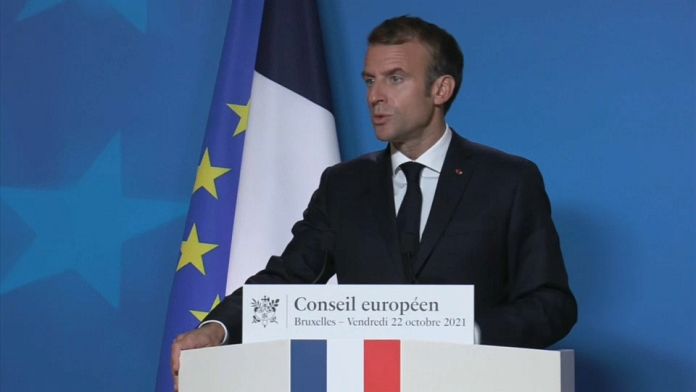 “Relaunch, power, belonging”, these are the three axes of the next French presidency of the European Union, which begins for 6 months, on January 1st. Three axes that Emmanuel Macron unveiled in preview during a debate for the 25 years of the Jacques Delors Institute in Paris, before his press conference on this subject Thursday.

After citing “the need for recovery in response to the crisis”, the Head of State referred to the feeling of belonging, which has “withered away” in France as in other EU countries, believes he does.

As for the need for “power”, Emmanuel Macron called for consolidating “a Europe which will be able to make its own choices, military, technological, cultural, values“. “We have provincial debates, where the real subjects are to know what we want to become in relation to the Chinese model, to the American model”.

The French president finally congratulated himself on the success of vaccination in Europe: “You are only vaccinated with the best vaccines in the world because you are European”, said Emmanuel Macron, who will detail the rest of the priorities of the French presidency of the European Union on Thursday. A mission for France which will still be marked by the health crisis.

The Francophonie summit, scheduled for late November, is postponed for a year