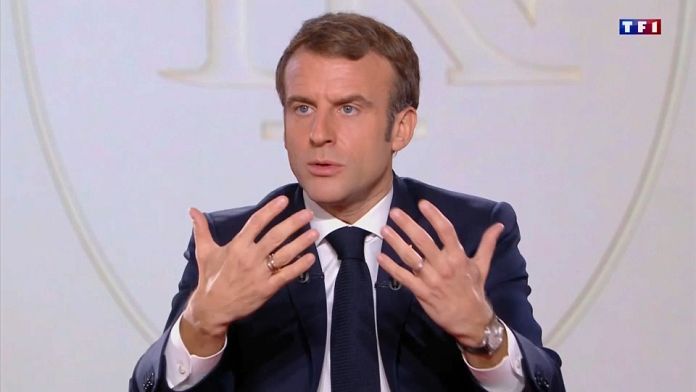 Last night on television, Emmanuel Macron did not announce his candidacy, but took stock of his five-year term, 4 months before the presidential election.

The French president admitted errors, and, above all, “having learned” from the various crises he has faced since 2017, between yellow vests, pension reform and covid. He reacted to criticism, especially that of being the president of the rich.

_ “We have the right not to be the caricature in which people want to put you, and so I think that it was never me, I never was that, _ declared Emmanuel Macron. I know where I come from. I come from an Amiens family of hospital doctors, from a grandmother who is a teacher and therefore I know where I come from, what my values ​​are. My values ​​are not those of a president of the rich. I am ambitious for our country, I am for innovation, I am for a country that is economically strong, but I am for a just country. “

On the health crisis, Emmanuel Macron defended whatever the cost, and answered the question of compulsory vaccination, already scheduled in Austria for February.

_ “We are almost there with the vaccination obligation when you already have more than 90% of the people who should be vaccinated who have been vaccinated. We will look at this in a pragmatic way in the coming weeks. It is likely that the we go to regular reminders. ” _

The health crisis halted many reforms, in particular that of pensions. It will have to be relaunched, said the president who is reviewing his copy, with “roughly three major regimes”, for the public service, for private sector employees and for the self-employed. And without saying it, Emmanuel Macron hopes to tackle it again after the spring elections, during an intervention that his opponents interpret as a campaign speech. The opposition denounced an attack on the “fairness” of speaking time while the majority defended the president’s right to explain himself to the French.

Several contenders for the Elysee have appealed to the arbitrator, entering the Superior Audiovisual Council (CSA).

Euronews, your 10 minutes of news for November 26