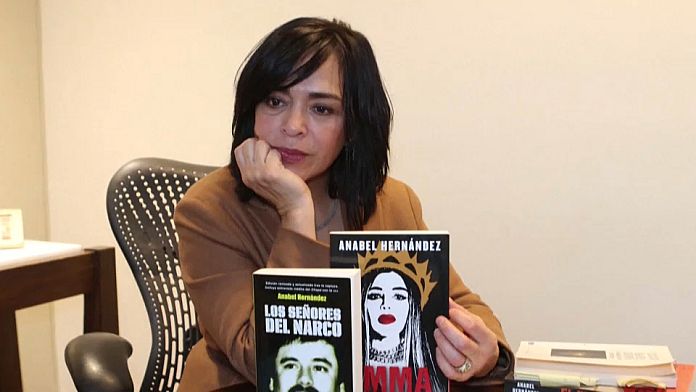 The life of Emma Coronel is worthy of a novel, and is also found in the book of a Mexican writer. Anabel Hernandez chronicles the lives of the wives of drug lords. This is the case of the former beauty queen, Emma Coronel, married at 18 to Joaquin “El Chapo” Guzman, with whom she had twins. At 32, the young woman has just been sentenced to three years in prison for drug trafficking and money laundering.

“Emma is the first woman at the top of the drug cartels, the First Lady, the first lady of organized crime in Mexico, who pleads guilty, explains Anabel Hernandez, journalist and writer. And it looks to me like it could be a breakthrough for other women coming out of this criminal world to start confessing their story and breaking the silence. “

Criminals with an inferiority complex

In her book, Anabel Hernandez tells how the mafias are also organized around family clans where women play a fundamental role. These men who feel all-powerful need both the admiration of these women, for the writer, they actually have an inferiority complex.

_ “They are important because they are the emotional, psychological, affective, sexual support of these men of organized crime. We are talking about women who are victims and guilty, they are not only sexual objects, they are also sexual objects for They also express themselves, they also derive benefits. “_

Anabel Hernández believes that Emma Coronel collaborated with the American justice system to make her sentence so light, only three years where she should have been sentenced to 10 years. The young woman would have benefited from the leniency of justice because she delivered “very sensitive information”, on the secrets of the cartels, even if it means risking her life. After several arrests and several escapes, her husband was sentenced to life in 2019.