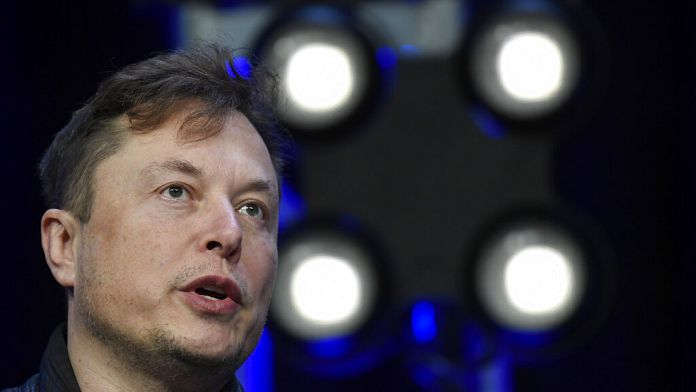 Elon Musk, the whimsical boss of electric vehicle manufacturer Tesla and spaceflight company SpaceX, put Twitter into orbit on Monday after making public a major stake in the social network, which he accuses of restricting freedom of speech. ‘expression.

At mid-session Wall Streetthe action of the platform soared more than 25%at $49.23. According to a document filed with the SEC, the US stock market regulator, Elon Musk, who is the richest man on the planet, has acquired almost 73.5 million shares of Twitter, or 9.2% of the company’s capital.

This makes him the largest shareholder in the group ahead of the investment fund Vanguard (8.8%) and the bank Morgan Stanley (8.4%), according to data from Bloomberg.

Based on Friday’s closing price of Twitter’s stock, the billionaire’s investment amounts to nearly $2.9 billion.

Elon Musk expresses himself very frequently on the platform, where he has a little more than 80 million subscribers, and his announcements on this network often arouse controversy. In the summer of 2018, he notably published a tweet where he claimed to have the appropriate funding to withdraw Tesla from the New York Stock Exchange, without providing proof.

After one unfortunate new publication in early 2019, he had accepted that his messages directly related to the activity of the manufacturer of electric vehicles be pre-approved by the SEC.

The leader also had relinquished his position as Chairman of the Board of Tesla.

At the beginning of March, Elon Musk however asked a New York judge to cancel the agreement made with the stock market policeman on his tweets, affirming via his lawyer that the SEC was seeking to “harassing Tesla and silencing Elon Musk“.

the billionaire boss is otherwise criticism of measures put in place by Twitter to moderate certain content deemed inappropriate.

At the end of March, Musk published two polls on the social network, one to ask his followers if they thought Twitter’s algorithm should be open source (“open source”), the other to know s they felt the company respected freedom of expression. Voters overwhelmingly answered “yes” to the first question and “no” to the second.

“Since Twitter acts as a de facto public square, its failure to adhere to free speech principles fundamentally undermines democracy.“, at tweeted the boss of Tesla following the results.

Twitter is regularly accused of censorship by many conservative voices in the United States, especially since the suspension of Donald Trump’s account last year. Democrats and many NGOs criticize him on the contrary for letting too many messages of hatred or racism pass.

Like Facebook and YouTube, the blue bird network believes that the former president encouraged his supporters to violence before the assault on the Capitol on January 6, 2021.

Elon Musk bought back “ordinary” shares, which do not give him special powers.

In the document sent to the SEC, he also specifies that his equity investment, less than 10% of ordinary shares, is passivethat is to say that he does not intend to influence the major strategic decisions of the company.

But this entry into the capital could be the prelude to a more active role within the companysay some experts.

“We expect this passive participation to mark the beginning of deeper discussions with Twitter’s management and board, which could lead to active participation and potentially more aggressive ownership.“, said in a note Dan Ives and John Katsingris of Wedbush Securities.