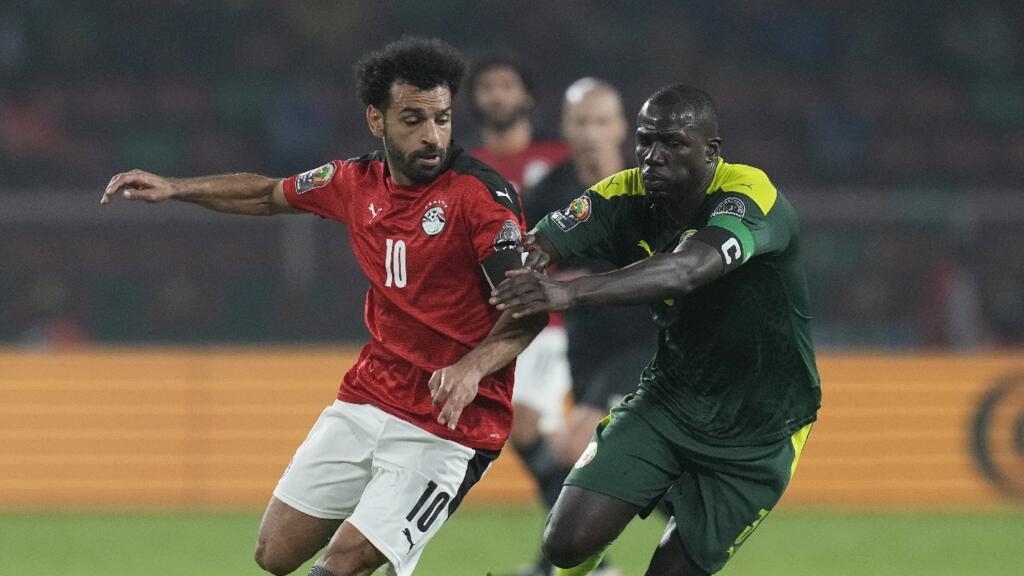 A month and a half after Senegal’s victory over Egypt in the CAN-2022 final, the two teams meet in the first leg of the play-offs for the 2022 World Cup on Friday. Bruised by their lost final in Cameroon, the Egyptian Pharaohs want to give back to the Lions of Teranga their coin. But the African champions arrive in Cairo in confidence.

How we meet… The last time that Senegalese and Egyptians crossed swords, it was at the Olembe stadium in Yaoundé, Cameroon at the beginning of February, in the final of the last CAN. At the end of the suspense, Aliou Cissé’s men had had the last word and lifted the trophy for the first time in their historyin front of disappointed Pharaohs.

It is therefore with a spirit of revenge that coach Carlos Queiroz and his players will welcome the new African champions, Friday, March 25 in Cairo, for the first leg of their qualifying play-off for the World Cup 2022.

Salah has been thinking about it since the lost final

helpless and beaten by Sadio Manehis teammate at Liverpool, Mohammad Salah was determined in the Egyptian locker room at the Olembe stadium. “We will have our revenge on them,” he promised his teammates, in a scene captured by an Egyptian national television channel. Even before this lost final, Egypt knew that it was going to find Senegal for the play-offs.

Mohamed Salah has a special history with the World Cup. In October 2017, the striker became a true hero when, with a double against Congo-Brazzaville, he qualified Egypt for its first World Cup since 1990. But in Russia during the summer of 2018, the number 10 had appeared diminished by an injury. He could not prevent the elimination of his team in the first round (three matches, three defeats).

Four years later, the one who rose among the best players in the world wants, soon to be 30 years old, to taste again the most popular competition on the football planet. A question of ambition, of course. And also revenge, a few weeks after losing a second CAN final after that of 2017.

On the Senegalese side, we approach this reunion with a lighter state of mind. After so many missed appointments and a final with a Hitchcockian scenario where they thought they saw their nightmares come back to life, the Lions of Teranga arrive confidently at the time of facing the Pharaohs again. Their continental crown symbolizes their new status.

Questioned by AFP, Claude Le Roy, former coach of Senegal, thinks that this team “has freed itself” and taken “a slight psychological ascendancy” over the Egyptians. “They may doubt a little more. The Senegalese are in euphoria. Whatever happens, they will be forgiven a lot. The Egyptians, not at all”, explains the French technician.

In 2002, Aliou Cissé was the captain of the Senegal team which, for its first World Cup, had climbed to the quarter-finals, beating the French team in the process. In 2018, having become coach, he and his men were out in the first round, not without frustration: tied on points with Japan, the Senegalese had missed out on reaching the round of 16 becausethey had received more yellow cards (6 against 4 for the Japanese). To hope to wash away this affront in Qatar, the Cissé band would be wise to make a good start in Cairo before the return play-off on March 29 in Dakar, in the brand new Abdoulaye-Wade stadium.

Frankfurt and Glasgow Rangers will face off in the final